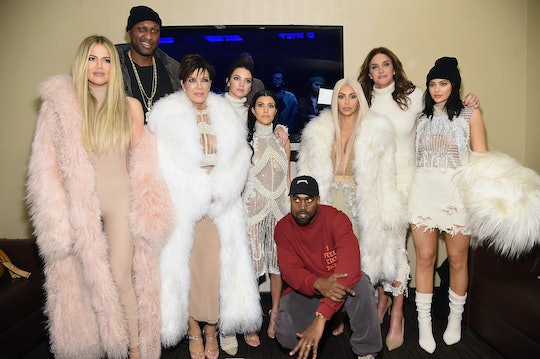 Why Kim Kardashian's Surrogacy Experience Was Anything But "Easy"

It's a girl! Kim Kardashian and Kanye West announced the birth of Baby Girl West in the wee morning hours by surrogate, and as a former surrogate myself I know what a milestone this is for the entire team — no matter your feelings on the Kardashians as a family, the birth of a baby via surrogacy is no easy feat. Since Kim first announced the pregnancy, for every word of encouragement she got, there was a counter-movement of haters saying she took the easy way out, "buying" a child, even as she shared the particulars of her placenta accreta with the public — a risky condition that made further pregnancies inadvisable. I can assure you that surrogacy is not the easy way out for anyone.

Nothing is guaranteed with surrogacy, as any 'intended parent,' as we call them in surrogacy, will tell you.

TMZ reported that Kim Kardashian was present in the delivery room, and that she was the first person to have skin-to-skin contact with her baby after birth. That image of the handoff captures the complex reality of a surrogate birth — and the joy for everyone involved.

Nothing is guaranteed with surrogacy, as any "intended parent," as we call them in surrogacy, will tell you. Kim especially knew how risky the IVF procedure was because, according to US Weekly, she tried IVF before conceiving her son Saint, 2. She lost that baby, so the success of this surrogate pregnancy means even more. In November, she told Entertainment Tonight that "Anyone that says or thinks it is just the easy way out is just completely wrong. I think it is so much harder to go through it this way, because you are not really in control."

The loss of my own twin pregnancy is what led me to become a surrogate. Before I conceived my oldest daughter, I remember feeling the weight of not knowing if I'd ever have children. After the birth of my youngest, I knew I wanted to help another mother.

My intended mother went through three rounds of egg retrievals, which involved daily hormone injections and a painful retrieval process. Of those three retrievals they were able to fertilize 10 eggs. Of those 10 eggs, only one survived to day five. I'm not sure the process that Kim went through, but surrogacy is never as easy as just wanting a baby, mixing up some batter and baking it. There's so much more to it.

Two years after we started our journey, my intended father delivered his beautiful daughter into the waiting arms of her mother.

After two months of injections and fertility treatments on my end, we transferred my IM's remaining embryo into my uterus in November of 2015. I cried when we got a positive home pregnancy test. I cried harder when we saw the little heartbeat on the ultrasound.

But the tears quickly changed from joy to devastation just one week later when the heart stopped beating. Even after stopping the meds, my body didn't want to give up the baby any more than his mother did. It took two months and a surgical procedure for my body to get rid of that very wanted little baby.

Our second attempt was successful, and two years after we started our journey, my intended father delivered his beautiful daughter into the waiting arms of her mother. My own mother was there to witness the birth, and there wasn't a dry eye in the room. It was by far one of the most surreal, beautiful and joyful moments of my entire life.

I was so honored to be a part of the perfect moment when those two people welcomed their daughter into the world, and I know that Kim's surrogate had the same moment. When that little girl came earth-side, it didn't matter how much money or how many fans or haters her parents had. I can assure you that the joy, excitement — and pure relief they all felt in that moment was very real.

People often ask me how it feels to "give up" the baby. But I've never given a baby up. I've only given one back.

In the moments after birth, while Kim was the first to hold and snuggle her baby, the surrogate, whose identity is still unknown, is said to have had a chance to hold the baby, according to a statement made to TMZ by the family.

People often ask me how it feels to "give up" the baby. But I've never given a baby up. I've only given one back. The moment that baby is safely in the arms of her parents is the crowning glory of any surrogate's experience. It's as intoxicating a moment as a person can have. It's that checkered flag you hope will come when you first sign up to carry someone else's baby.

So congrats to North and Saint, who have a new little sister. To Kim and Kanye, who are parents of a new little baby. And to the surrogate who is hopefully kicked back with a margarita and is taking a well-deserved rest — congrats girl. You hit the finish line.