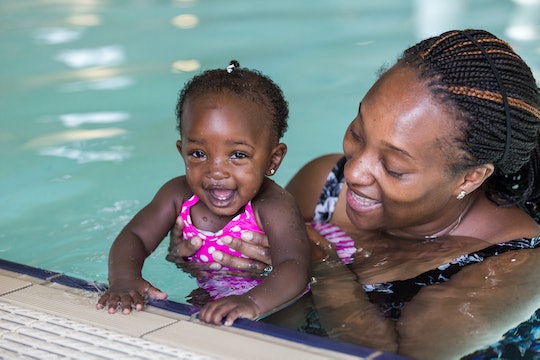 According To Astrology, Your May Baby Is Going To Be A Total Badass

When I was asked why May babies are badasses, I could’ve just answered with one sentence. “Because that’s when my son is going to be born, duh.” However, I don’t think that would be a very informative article. But it’s true, my son is due in less than a month, and I am so excited to meet him. My husband and I have been speculating what kind of person he will be. Will he be creative, emotional, and a dreamer like me? Or will he be logical, kind, thoughtful, and scary smart like my husband? I hope he has both of our traits, obviously. And I suppose this is the nature versus nurture argument at play here — i.e., will he be born with these inherent traits or will we mold and shape him from day one. Possibly a little of both.

More Like This
Here's What You Need To Know If (When) Your Baby Eats Sand
The Cutest 4th Of July Outfits For Babies, Toddlers, & Kids
How To Breastfeed Your Gassy Baby
The Best Dehumidifiers For Every Space In Your Home

According to astrology, with our son being born at the end of May, he will be a Gemini. So what does that mean for his personality and general badassery? Gemini traits are “gentle, affectionate, curious and adaptable,” according to astrology-zodiac-signs.com. And it also noted he should be able to “learn quickly and exchange ideas.” He will like music, magazines, and books — thank goodness — and will “chat with nearly everyone and enjoy short trips around town.” This definitely sounds like me. Go figure. As far as any downsides to being a Gemini, the website noted he would dislike repetition and routine (uh oh) and also hates being alone and confined. These are completely opposite traits of both my husband and me, so I guess we will see.

On the badass meter, I’d say he’s a 10/10 because of his penchant for being gentle, affectionate, and curious, as well as being into music, books, and magazines (and I guess I’m a little biased). I’d like to hang out with him, to be honest. Especially because Geminis “make excellent artists, especially writers and journalists,” which my husband and I both are, and I think we are pretty badass at times.

If your baby is born at the beginning of May, that would make them a Taurus, and still a badass baby. Now these traits are more along the lines of my husband’s traits (and Gemini was closer to mine), which is definitely amusing. Your early May baby will be a badass responsible individual because they’ll be known for their reliability, patience, devotion, stable personality, their practicality, and their responsibility. Their trait of being well grounded will make them a badass because they will be reliable and an awesome life partner and friend to those around them. The website noted another badass factor they’ll have, and that’s the ability to easily make money and stay grounded, committed, and hardworking. So looks like it’s in the stars that your May baby will be a hard worker and potentially will make some good money. Downfalls are that sometimes their reliability and stability can come across as being stubborn and disliking change, making them inflexible.

Another reason May babies are badass is that they are so kindly ready to be born before the hot, awful, summer months that would be full of pregnancy sweat, swelling, high blood pressure, and general uncomfortableness. So thanks, son, for coming out right before I’d have to experience June in Georgia. It’s the literal worst, even when you aren’t pregnant. Plus, it's pretty cool that I'm becoming a mother for the first time during the month when Mother's Day is celebrated.

And no matter what part of May your baby decides to make their grand entrance, they’ll be a badass, because whether they’re into music and the arts, or are a hard worker and patient, those are some amazing traits to have. Congratulations on your May baby!