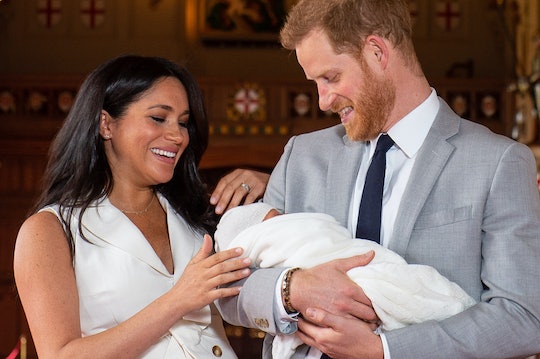 After moving from the United Kingdom to the west coast of Canada and then down to Los Angeles, the Sussexes have apparently found a new place to really call home. Meghan Markle and Prince Harry reportedly moved out of their rented house in Los Angeles not too long ago. While their new home is not too far from the City of Angels, their move may signify their desire to give their son Archie a little normalcy.

The Duke and Duchess of Sussex have reportedly moved into a $14 million home they purchased in the Montecito community of Santa Barbara, about an hour and a half drive from Los Angeles, California, as Newsweek reported. According to Us Weekly, the couple not only bought a house, but did so with their own money and even reportedly got a mortgage.

Markle and Prince Harry reportedly chose to move to a smaller community away from Los Angeles in an effort to provide their 15-month-old son Archie with as normal a childhood as possible, according to Hello! Magazine. A source who claimed to be close to the couple told Us Weekly that the former actress had spent time in the area in her youth "and fell in love with the picturesque scenery and stunning architecture." "Moving there was always an option, but to begin with, she and Harry wanted to give Los Angeles a shot," the source told the magazine.

While the couple stayed at Tyler Perry's home in a gated community in Los Angeles after moving to the area from British Columbia, according to Variety, they still struggled with privacy issues pertaining to their son. In July, they sued a photographer who allegedly took pictures of Archie on their property and made it clear their son's photos were not to be sold to media outlets.

The Santa Barbara area is host to several celebrities including Oprah Winfrey, Brad Pitt, and even Goop queen Gwyneth Paltrow, so Markle and Prince Harry should fit right in. The area is also known for its natural beauty, something that is bound to appeal to nature lovers like the Sussexes.

Not to mention the privacy. The Montecito tourism website notes, "While the recent arrival of Harry and Meghan considerably ups the ante in our laid-back town, locals will play it cool, keep their distance, and let them live the next chapter of their regal, yet relaxed, coastal lifestyle in relative peace." The homes tend to be hidden from view with gates and hedges, offering the family a private retreat in their permanent new home.

Meghan Markle and Prince Harry walked away from their senior royal roles in an effort to ensure Archie has a normal upbringing, or at least as much as they possible can. And now it sounds as though they've found the perfect place to do just that.

More Like This
You’ve Probably Been Pronouncing “Lilibet” All Wrong
Meghan Markle Proves Once Again She's Totally Going To Be A Snack Mom
Meghan Markle Calls On Men "To Be Vocal" In The Aftermath Of Roe v. Wade Ending
Megan Fox Explains Why She Asked Machine Gun Kelly If He Was Breastfed As A Baby