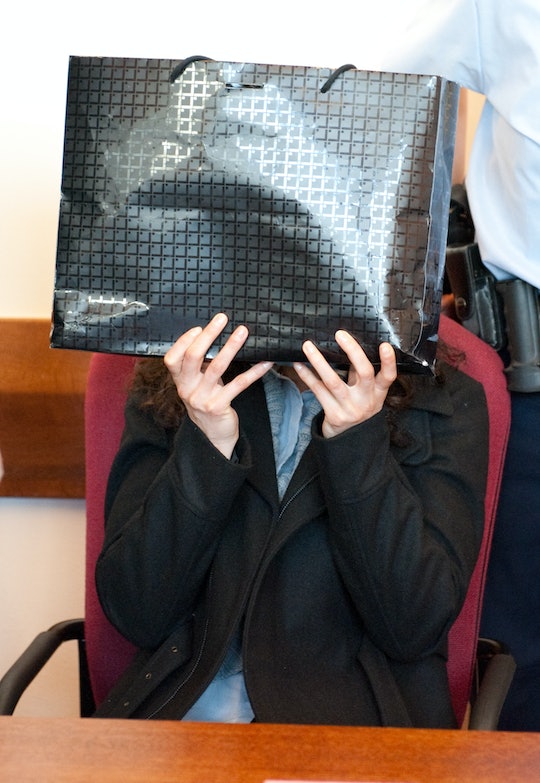 Unless you've decided to completely avoid the internet, you've heard about her. Chances are you've read her words, or words someone said about her. You've probably discussed her at the dinner table as I have many evenings. You've wondered how she's coping, maybe, and you've possibly even wondered what she looks like. What she's doing now. How she's managed to maintain her anonymity when it seems much of North America is talking about her. I've wondered, I'll admit it. But it doesn't matter. The Stanford sexual assault victim's name is none of your business, and it's none of mine either.

But that statement should not take one iota of legitimacy away from her powerful words or from the awful deeds done to her or the shameful lack of accountability for her attacker. Whether people can look at a picture of this woman or know her name shouldn't factor in to how they react to her story. Because her story is not all that unique, unfortunately. She simply happens to be the woman brave enough, kind enough, and eloquent enough to put into words all of the deep wounds felt by survivors just like her everywhere, every day. She happens to be the unconscious woman Stanford student and ex-Olympic swimming hopeful Brock Turner decided to sexually assault after a frat party behind a dumpster, and she is speaking for many survivors who feel they cannot speak out.

Because, really, people don't have to know her name to know her. Honestly, I feel like I know this 23-year-old victim better than I know some of my friends. Because her words came from such a deep well of private truth that she has now laid herself bare for the world to see — this time by her own choice.

The next thing I remember I was in a gurney in a hallway. I had dried blood and bandages on the backs of my hands and elbow. I thought maybe I had fallen and was in an admin office on campus. I was very calm and wondering where my sister was. A deputy explained I had been assaulted. I still remained calm, assured he was speaking to the wrong person. I knew no one at this party. When I was finally allowed to use the restroom, I pulled down the hospital pants they had given me, went to pull down my underwear, and felt nothing. I still remember the feeling of my hands touching my skin and grabbing nothing. I looked down and there was nothing. The thin piece of fabric, the only thing between my vagina and anything else, was missing and everything inside me was silenced. I still don’t have words for that feeling. In order to keep breathing, I thought maybe the policemen used scissors to cut them off for evidence.

Many survivors and men and women who want to stand for survivors feel like they know this woman. Unfortunately, some have been in situations similar to this woman's. Some have laid in the dark trying to let their minds go blank while terrible deeds were done to them. Some never said a word to anyone and told themselves they were going on with their lives — that talking wasn't worth the trouble or the stigma or whatever.

So OK, we don't know her name. But I think I know her, and many others feel the same. And, without knowing her name, we can collectively thank her.

More Like This
Keke Palmer Casually Drops Her Baby's Sex On Jimmy Fallon
Josh Duhamel Is Glad He Took Fergie's Advice About Dating After Divorce
Does The FDA's Plan To Limit Lead In Baby Food Go Far Enough?
Freeze! The Single From The New 'Bluey' Album Just Dropped
What Parents Are Talking About — Delivered Straight To Your Inbox