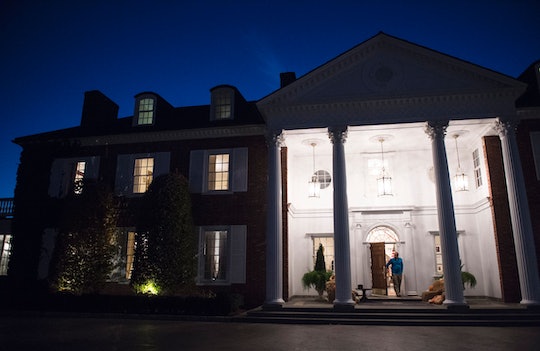 Why Trump Will Be Impeached, According To One Very Wise Professor

Someone asked me the other day what I want for Christmas. It got me to thinking of 2016, and my heart's deepest desires. On a totally unrelated note, this wise professor predicted Trump will be impeached. Proving that yes, Virginia, there really could be a Santa Claus.

Allan Lichtman has correctly predicted every single presidential election outcome since 1984, including the 2016 election when President-elect Donald Trump beat out former Secretary of State Hillary Clinton. Lichtman, a professor at the American University in Washington, D.C. and well-respected political historian, spoke with Erin Burnett of CNN about Trump on Thursday. While Lichtman normally relies on a 13-point system of his own making to predict who will win the election, his belief that Trump will be impeached within his first term in the White House is based on "gut instinct". He believes, "There's a very good chance that Donald Trump could face impeachment," because of Trump's history for breaking the law.

First of all, throughout his life he has played fast and loose with the law. He was found by the Justice Department in the Seventies to have discriminated against African Americans in New York in his real estate business. He has run an illegal charity in New York state. He has made an illegal campaign contribution through that charity. He has used the charity to settle personal business debts. He faces a RICO lawsuit.

Lichtman's claims of Trump's illegal actions haven't been proven in a court of law, and CNN host Burnett pointed out that Trump is enjoying the benefit of a Republican majority in both the Senate and the House. Still, Lichtman said he felt:

The Republicans are nervous about Donald Trump. He is a loose cannon. Nobody knows what he really believes or really where he stands. He can't be controlled. The Republicans would vastly prefer to have Mike Pence, an absolutely predictable down-the-pipe conservative Republican.

Not everyone agrees with Lichtman, naturally. Many political pundits have said that a Trump impeachment is highly unlikely, particularly since Republicans have such a strong hold on the House and Senate under the Trump administration. Impeaching a president is obviously no small feat, and honestly the idea of Vice-president elect Pence taking over office has some of us curling up in the fetal position. In the history of the country, only two presidents have ever faced formal impeachment trials in front of the Senate; Andrew Johnson in in 1868 and Bill Clinton in 1999.

That being said, Lichtman pointed out on CNBC's Squawk Box that Trump has no history of public service, and that there are at least a dozen women who could potentially still levy a sexual assault civil suit against him.

And remember, it was the civil suit filed by Paula Jones for sexual harassment against Bill Clinton that opened the door to the Clinton impeachment.

Plus, maybe if we all wish really hard on a Christmas star our dreams will actually come true.