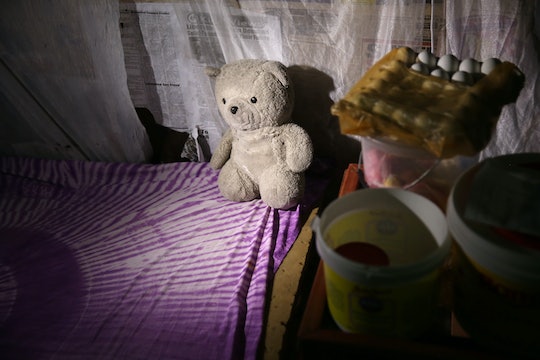 Why Was The 2014 Ebola Outbreak So Deadly? Researchers Have Pinpointed One Culprit

It was an epidemic that managed to kill more than 11,000 people in less than three years. It got stronger as time went on, killing twice as many people near the end than it did in the beginning. The Ebola outbreak of 2014 that spread through West Africa likely worsened because of a mutation in the virus, researchers now believe. As the deadly virus moved through Sierra Leone, Liberia, and Guinea it managed to kill thousands of people even as it mutated in order to better attack and infect human cells.

According to the findings of two studies recently published in Cell, a single mutation happened at the beginning of the epidemic. It was as small as a C turning into a T, really. A small tweak that strengthened the Ebola gene and helped it cut a fatal swath through the villages and towns of West Africa. It moved much faster than any previous Ebola outbreak, the most recent of which happened in 2000 and infected 425 people. Virologist Jeremy Luban of The University of Massachusetts Medical School (and one of the lead researchers in the study) told NPR:

The largest difference we saw was about a fourfold increase in the number of cells infected. When you're talking about a virus that could kill you, this is a pretty scary number.

Researchers have noted other reasons behind the outbreak's rapid spread: the appalling lack of accessible health care, unsafe burial practices, and rampant poverty (not to mention the outbreak tended to hit bigger city centers this time around rather than outer lying villages). But these same researchers believe it was the mutation that caused twice the amount of deaths after the virus adapted. The studies published in Cell on Thursday pointed to lab experiments as well as genome evidence to see how these genetic changes developed during the epidemic, according to Scientific American.

Each of the studies was conducted separately and independently; neither was aware of the other. One study carried out by 16 researchers for the University of Massachusetts was able to zero in on the specific aspect of the Ebola virus that changed during the outbreak. Both teams did make an alarming discovery; patients who had been infected with the mutated Ebola virus were far more likely to die from the disease. As Dr. Luban told The New York Times, "It’s hard to escape the conclusion that it’s an adaptation to the human host."

While scientists continue to study genome evidence to understand this new, stronger, mutated version of Ebola, the good news is that the danger in West Africa appears to be largely over, for the time being. Researchers believe that the mutated version of Ebola, because it was specifically adapting to target human cells, probably cannot live in other animal cells (like bats, for instance, notorious carriers of Ebola).

Which means this particular mutated version may finally be gone. For now.