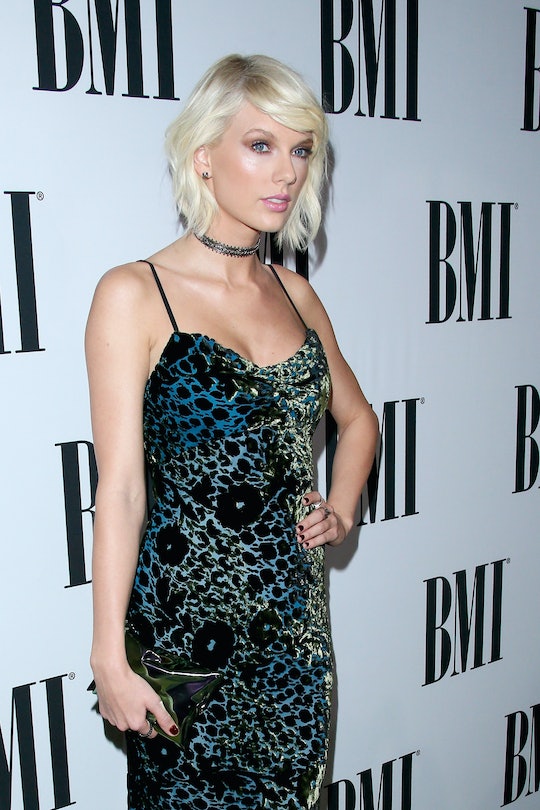 Here's how it goes down: Taylor Swift and Calvin Harris, music megastars, break up after a year-long relationship. A few days later, Swift is seeing kissing British actor Tom Hiddleston. Soon after, the internet explodes, which is, you know, understandable. After all, Swift is one of the biggest names in the music industry at the moment, and her life — for better or worse — constantly makes headlines. So it's no surprise that curious questions about Swift's new relationship have been popping up, or that gossip rags have taken the rumors and run with them. Here's what's important to remember, however: Whether Swift cheated on Harris or not is nobody's business but their own.

It's easy for media and individuals to pore over the last few months and try to put together a timeline: "Look, here are Hiddleston and Swift dancing at the Met Gala in May — maybe that's when she started cheating on Harris." Or, hey, maybe that's when Swift realized she was interested in someone else. Or maybe that was the beginning of a friendship that later evolved. And that's the point: who knows? The majority of people weighing in and pointing fingers of blame at Swift certainly don't. As damning as they may judge tabloid evidence to be, the truth of the matter is that they simply don't know — and that's probably for the best, when it comes to Swift and Harris' privacy.

It's a pretty basic rule that should apply to most relationships: If it isn't yours, don't get involved. (Barring situations of abuse, of course.) Many breakups — if not most — aren't clean-cut, and they end for myriad reasons. Sometimes, yes, people do cheat, and not every single person who cheats does so because they're a selfish, greedy human being. Some people don't realize they even want to leave a relationship until they've met someone else. Others pursue rebounds after a breakup because it helps them deal (and heal) after getting their heart broken. Both people and relationships are complicated, and, unless it's your own breakup, it's nearly impossible to know why things have played out the way they have.

By speculating without knowing, people are only rubbing salt in the wounds. Sure, Harris and Swift are celebrities and they're probably used to public speculation about their lives. In the past, I had a group of acquaintances gossip about my own very non-famous breakup, and I can't imagine what it would be like to have that kind of vitriol repeated back to me from every social media and news website out there. I'm willing to bet that most people have lived through similar experiences, and probably didn't stop to be grateful that they didn't live in the spotlight.

It's easy to forget that celebrities — who live very public lives, usually despite their best attempts not to — are humans as well. These are two people going through a breakup and dealing with it in their own ways. Unless someone has lived through every single conversation, moment, and fight Swift had with Harris, it's not really their place to dig into the remnants of that relationship or shame them for new ones.