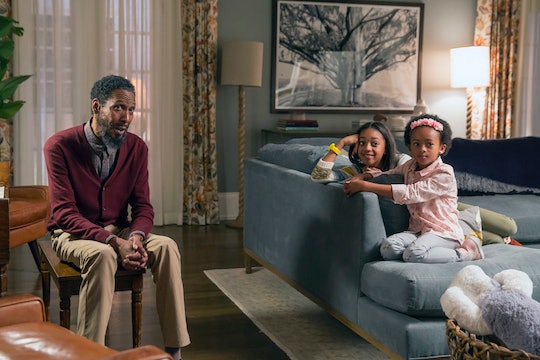 This Is Us isn't a show that shies away from uncomfortable, unhappy moments. It has its triumphs too, of course, but the show is dealing with the full spectrum of its characters' lives: the ups and the downs. Grief also plays a major part in things as everyone in Jack's family continues to feel the reverberations of his passing long after the fact. Randall is dealt an especially cruel hand in this regard: after losing his adoptive father, he finds out his newly-discovered biological father, William, has terminal cancer. But despite the fact that William is very ill, there is a way to read the show that may explain why William could be alive on This Is Us.

The show isn't subtle about telegraphing William's eventual passing. It has made it clear through multiple doctor visits that there is no longer any hope of treating his cancer, despite Randall's dogged optimism. Then, when Kevin gave a monologue that essentially summed up the thesis of the show, a flash forward showed Randall packing up William's things and weeping. It felt like a fairly definitive moment, but series creator Dan Fogelman intended the moment to have a certain level of ambiguity. And This Is Us thrives on twists, so it's worth it to take a look at the other options, if they exist.

In an interview with Entertainment Weekly, Fogelman referred to the moment as an "almost metaphysical glimpse at a hypothetical future" but also an "ominous thing looming in some kind of distant or near-distant future." Both statements could be indicative of where the story might or might not go; they leave the door open for both William's eventual death and his survival.

The moment where Randall weeps over William's belongings is meant to drive home the tension and tragedy intrinsic in their relationship, as well as the painful idea that Randall may lose William almost as quickly as he found him. Calling it a "hypothetical future" means it could be mostly a metaphor and therefore not necessarily intended to be taken literally.

However, even if one does take it at face value, there's no guarantee when it will happen. William could die in a month, or he could die in two years. There's no way to know yet. That ambiguity is part of the show: it provides a shock, and then spends a few episodes unpacking what it means for maximum emotional payoff.

It's unlikely that Randall is crying for another reason and that the framing is just a red herring; for example, I sincerely doubt he's bawling because William skipped town and left all his stuff behind. But just because William's time is finite doesn't mean it'll all be over tomorrow. His journey on the show is far from finished, so it might be better to focus on that and not think about the endpoint too much.