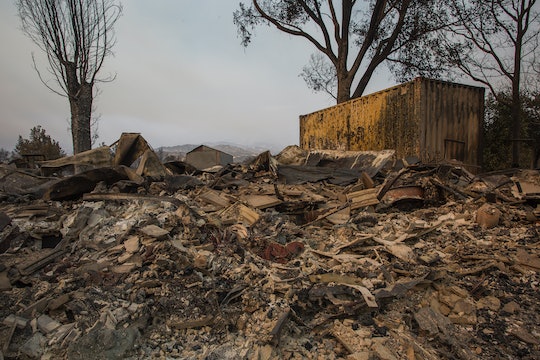 Don't Freak Out About That Doomsday Climate Change Article — Yet

There are no ifs, ands, or buts about it: Climate change and global warming are indeed real issues and, if we don’t do anything about it, the world will look and feel a whole lot different decades down the road. And not for the better. But there are still things that both everyday civilians and world leaders alike can do to help save the planet and slow the rate of global warming — and that's exactly why you shouldn’t freak out about that viral New York Magazine climate change article just yet.

If you didn’t get a chance to skim the widely-read piece, “The Uninhabitable Earth” by David Wallace-Wells, here’s a quick rundown: The author paints a daunting doomsday scenario in which, without intervention, the Earth will get so hot that it will be impossible to live here by the year 2100. Wallace-Wells also goes into elaborate detail about how air will soon be unbreathable — a “rolling death smog that suffocates millions” — economic devastation will be unavoidable, and the oceans will be poisoned by acidification from an uptake of carbon dioxide from the atmosphere.

It’s a terrifying read that will make you envision your life in an apocalyptic world, similar to The Day After Tomorrow or Mad Max. And there’s no doubt that something needs to be done to curb the impact of climate change, but some scientists are saying that the story exaggerates the facts and that there is still time to try and avoid this potentially horrifying existence.

"I have to say that I'm not a fan of this sort of doomist framing," Michael Mann, a well-known climate scientist from Penn State University, wrote on Facebook. "It is important to up front about the risks of unmitigated climate change, and I frequently criticize those who understate the risks. But there is also a danger in overstating in a way that presents the problem as unsolvable, and feeds a sense of doom, inevitability and hopelessness."

Mann also wrote that the article produced "extraordinary claims" and there is no need to "overstate the evidence" as it can cause a "paralyzing narrative" that's hard to recover from, which could halt progress made thus far.

Ramez Naam, a technologist and novelist, also voiced his concern and wrote in a series of tweets that he found it "incredibly bleak" and "misleading," and had "several problems with it."

"Through combo of exaggeration and hopelessness, it turns away those in the middle we need to persuade. It makes action *harder*," Naam wrote on Twitter. "Let's be clear. Climate change is terrible. We're in for severe damage. There are great unknowns. But we're not hopeless or without tools... We need to work harder, faster, smarter. And we can. Action, not despair."

Another climate researcher, Andrew Dessler of Texas A&M University, told Mashable that the claims made in the article are "probably a worst, worst, worst case scenario."

"While that could happen, I think a more likely scenario is not as bleak," Dessler told Mashable. "And as someone who talks to climate scientists a lot, I've never heard anyone tell me that they think this is a likely scenario for the planet."

As it has almost always been with climate change, this article has created a divisive response. Some believe it's right on the money and we need all to be freaking out even more, while others say it's a reckless take on a very serious issue that needs encouraging attention.

Yes, the planet is getting hotter, sea levels are rising, and intense air pollution could seriously affect our health. And without regulations in place and human intervention in full gear, the world could be a very different place. But whichever outlook you believe, many scientists are confident there is time to do something about the damage caused so far — but without hope and the mindset that that the problem can't be fixed at all, the future will look very bleak, indeed.