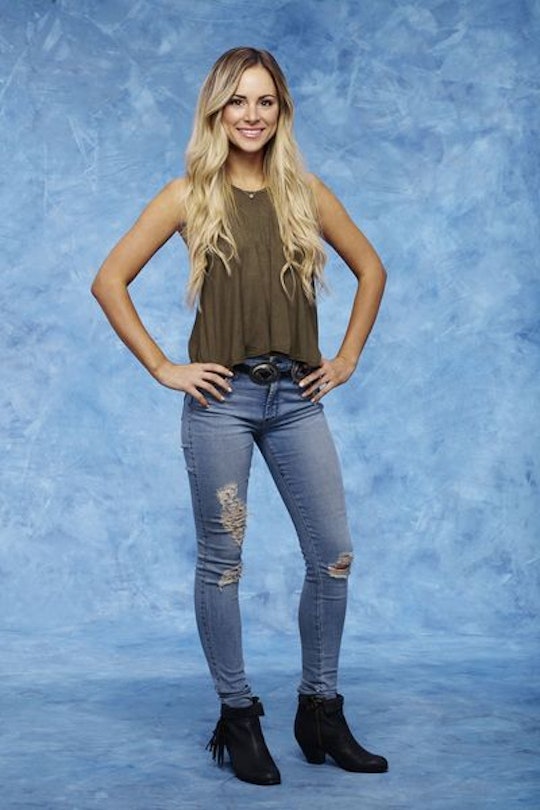 Will Amanda Stanton Win 'The Bachelor'? Ben Seems Very Into Her

In spite of Olivia's disapproval that "her" bachelor might end up with a mom of two, it seems very possible that Amanda Stanton might win The Bachelor this season, by which I mean, win Ben Higgins. The divorcée was straightforward with him at first opportunity about the fact that she has kids, and Ben was immediately on board with that. We could almost see her heart melting as Ben lit up at the revelation, and his affection for her daughters only grew from there.

At a later cocktail party, Ben spent some one-on-one time with Amanda crafting adorable rose barrettes for her to send home to her daughters as a souvenir, letting them know that he was thinking about them too.

On Monday's episode, Ben encouraged Amanda to open up about her past on their first one-on-one date in stunning Mexico City so that he could better assess whether a relationship between the two of them could work out.

"I could tell you were holding back [at the beginning] and then you told me about your daughters," he shared at their picnic, "But there's still a lot I want to know."

Amanda bravely took the hint and opened up to Ben about her rocky marriage, her ex-husband's neglect, his "addictive" personality, and how he had cheated on her. She even revealed her insecurity that Ben might think she didn't take marriage seriously since she had already failed at one.

"I don't want you to think it's not as special to me," she confessed to him. "If anything, it's more special."

Viewers, meanwhile, cheered her on:

And had some choice words for her ex:

After hearing her out, Ben tried to reassure her by confiding that he appreciated her life experience.

"I admire you," he said, citing her positivity in the face of uncertainty. "At this age, you've been through a lot. Don't be fearful of what I think of that."

And as for her failed marriage?

"You shouldn't be embarrassed," he told her, adding:

Despite Olivia's wishes for "her man," it seems as though Ben is giving careful consideration to whether he could sustain a relationship with Amanda and her two daughters. It even seems like he's being more thoughtful about his time with Amanda than with the other women because of her role as a mom.

Bottom line: Ben doesn't seem to have a problem with Amanda, her divorce, or her kids. And he's respectful enough that he wouldn't keep her away from her children this long if he didn't truly believe they had a shot together.