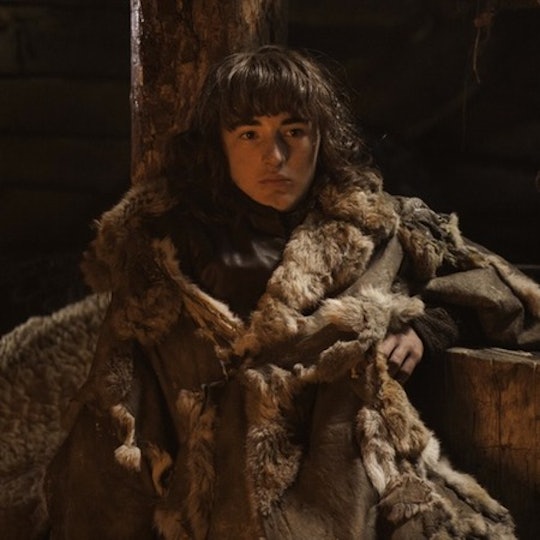 Will Bran Walk In 'Game Of Thrones' Season 6? The Three-Eyed Raven Has Spoken

There was not a whole lot of love for Brandon Stark in Season 5 of Game of Thrones. The last time we saw him was in Season 4, when he'd just been saved from some White Walkers by the helpful/creepy Children of the Forest and lost his friend, Jojen Reed, in the fray. His long trek finally at an end, Bran was crawling his way to the Three-Eyed Raven to ask him a question that has obviously been weighing on the poor kids mind, a question on the minds of fans as well. Will Bran walk in Game of Thrones Season 6?

The Three-Eyed Raven has been a pesky recurring vision, appearing to Bran in his dreams whenever something bad is about to happen, which is basically all the time for anyone in the Stark family. Bran, as we know, lost the use of his legs when Jaime Lannister (King Slayer and Incest Advocate) threw him from the window of a tower at Winterfell after Bran caught him and his sister, Cersei, together. Since that time, life has gone from bad to worse for Bran. He has since lost both his parents, watched his home be taken over by his father's erstwhile ward, saw his beloved mentor, Measter Llewyn, killed (in a scene that still makes me cry), traveled north, almost got killed by a mercenary hired by Roose Bolton (newly appointed Warden of the North and winner of scariest soft voice ever), all while being pulled around in a fur-lined pushcart by the monosyllabic Hodor.

When Bran asks the Three-Eyed Raven if he will "help him to walk again" this is the answer he gets; "You'll never walk again. But you will fly." And I can't help but hope he's not telling Bran this metaphorically, like "Follow your dreams!" or "Hang in there!"

Bran is a Warg, after all (a person who can inhabit the minds of animals and apparently also Hodor when Bran needs him to rip out someone's spine), so flying is certainly not outside the realm of possibility. The Three-Eyed Raven seems like he knows things, since he is living in a cave strewn with skeletons. Yet in one of the trailers for Season 6, Bran looks to not only be standing, but facing off against a White Walker and also sporting a much more flattering cropped haircut (goodbye bangs, hallelujah!).

This is the most menacing looking of the White Walkers too, so hopefully Bran is up to the task. Is he going to walk though? I am sticking with what the Three-Eyed Raven told him, because he seemed to know what he was talking about. Dream sequence perhaps? Robotic legs?

Either way, it's good to see Bran again. Hopefully we'll also see little Rickon Stark and Osha, as well. Mostly, I am hoping to see a reunion of the Starks in Season 6. Time for the North to make a comeback.