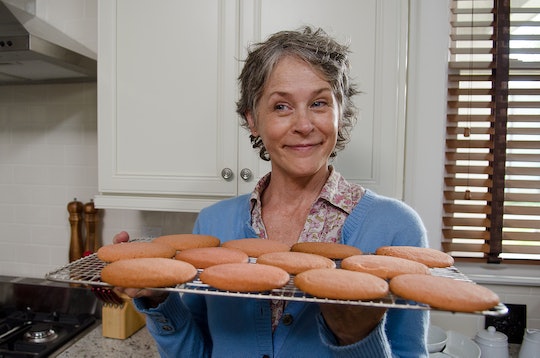 Will Carol Return To 'The Walking Dead'? Her Departure Could Be Dangerous For Others

Sunday night's episode of The Walking Dead lost a couple crucial characters — one from an arrow to the head and another from a personal decision to just GTFO. While I'll never be able to watch an archery competition the same way thanks to Denise, I was really upset to see Carol leave Alexandria on The Walking Dead. While it felt like a long time coming — and for the record, I totally understand from a morals perspective why Carol would want to get out — it was still shocking to see her walk away. But, with her gone, the question stands: Will Carol return to The Walking Dead, or is she gone for good?

Carol's return to The Walking Dead remains unknown, but there are hints that Melissa McBride is not going to be killed off the show, so rest assured. Robert Kirkman said at the 2015 New York Comic-Con that Carol is the one character that wouldn't find such a sad fate. While that's comforting to know that she's not going to be the victim of a stray arrow — sorry, Denise — that doesn't mean that her exit from Alexandria is temporary.

At the time, Carol's departure felt permanent. In her exit note, she wrote, “I love you all here. I do. But I’d have to kill for you, and I can’t. I won’t.” Again, from a moral standpoint, I get it. I probably would make the same decision. But, then again, it's Carol. Come back, Carol. Don't leave us.

In a March 13, 2015 interview with Variety, Melissa McBride explained Carol's mindset the episode preceding her big departure. She said that "Carol has sort of shoved everything back and not dealt with it in order to do what she had to do," but that was quick to change. McBride said, "I think all these experiences are coming to a head in the quiet time, the time to reflect. She's reconsidering things about herself and her world."

OK, I get it. The environment is getting to her. But does that mean she can never come back? There has been a foreboding cloud of this season of The Walking Dead, and I worry that it could lead to a big death. That death won't be Carol, thankfully — hopefully! —, but that doesn't mean that someone (or someones) might not go after her and find themselves dead.

As for Melissa McBride, the actress has not spoken out on a final departure from the show. We'll have to wait and see if the group can find her — which we'll see in the coming episodes — but as for now, don't expect this to be the final time you see Carol.