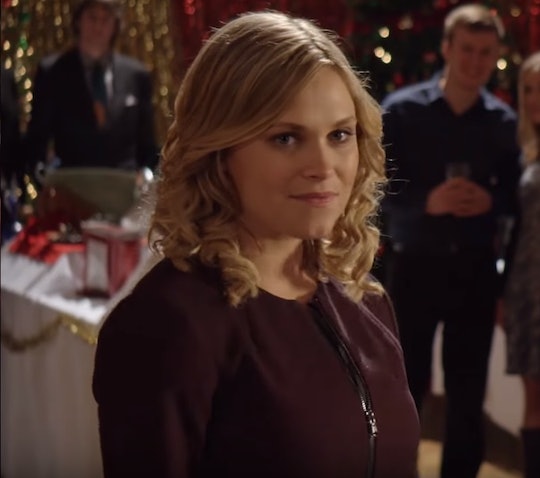 If you loved the fact that Netflix’s surprise hit A Christmas Prince was so awesomely bad that it was good, then you were probably all over Christmas Inheritance as soon as it premiered on the streaming platform. Since it was another one that’s similar to the sometimes cheesy Hallmark holiday movies, there’s no doubt that fans will be asking if Christmas Inheritance will get a sequel. The Netflix movie is another one to add to your list of sappy made-for-TV Christmas movies, but in a world of rewatching the same holiday classics over and over each season, it’s not a bad thing to add another romantic, seasonal movie on your roster.

As of right now, there hasn’t been a definite announcement one way or the other, but if the bigwigs at Netflix are listening to fans, it would be in their best interest to produce some sequels for next year. Little did Christmas movie lovers know that the premiere of A Christmas Prince was just the beginning for Netflix’s onslaught of romantic holiday movies to rival those of Hallmark and original Freeform movies of the same kind. But with the way fans have become quickly and loudly obsessed with them, it would only make sense for Netflix to make a Christmas Inheritance sequel, among others, for 2018’s holiday season.

In terms of Christmas Inheritance specifically, you get some more of the same. Unlike A Christmas Prince which came before it, the romantic drama doesn't center around a royal love story. It does, however, involve being snowed in and finding unexpected love in the process. Throw in a few giggly snowball fights and steaming mugs of hot cocoa, and you’ve got the perfect romantic TV movie to watch with your loved ones.

This year, Netflix got in on viewers’ love of the genre and so far, the results are proving that they probably should have done it a long time ago. Like I said, you don’t watch these for Oscar-worthy performances, but they’re easy, cozy movies and there’s something about the holidays that brings out the need for a happy ending even in the most Grinchiest of people.

There’s no denying that Christmas Inheritance should get a sequel, if only to continue to follow the love story and see what comes next. I know, as a rule, you probably shouldn’t mess with a good thing, but if a sequel were to give fans more of the same or even a similar story with new characters, that would probably be enough. Netflix is notoriously coy about rating and viewership numbers, but there was an announcement in October 2017 that claimed the platform now has more than 300 million viewers. And judging by all of the social media buzz surrounding the original Christmas movies this year, it would only make sense for the streaming giant to continue with them next year. And if that’s the case, then giving movies like Christmas Inheritance a sequel would be totally doable.

Until an actual announcement, though, I guess you’ll just have to keep watching the Christmas rom-coms currently offered by Netflix and continue getting all of your romantic holiday feels that way. Christmas isn't necessarily a romantic holiday, but there’s just something about predictable storylines and beautiful snowy settings that appeal to so many viewers.