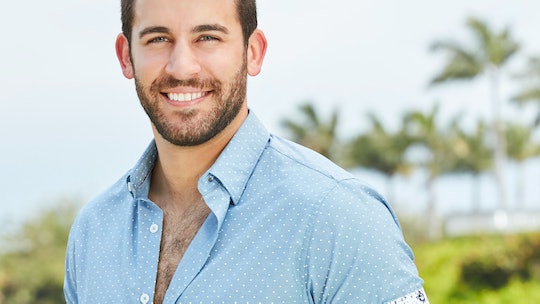 'Bachelor In Paradise' Fans Think Derek Is 'The Bachelor' They Deserve

Things haven't exactly been smooth sailing for Derek Peth during his time in The Bachelor franchise. The John Krasinski lookalike has managed to make it through JoJo Fletcher's season of The Bachelorette and Season 4 of Bachelor in Paradise still single. And now, Derek has removed himself from Bachelor in Paradise Season 6 after numerous confrontations with John Paul Jones and rejections from both Tayshia Adams and Demi Burnett. Although a happily ever after didn't happen in Mexico, fans are questioning if the podcast savant deserves another shot within the franchise. So will Derek be The Bachelor in the future? Viewers are already endorsing Derek's new quest for love.

Following his exit on Season 6 of Bachelor in Paradise, fans were heavily pulling for Derek as the next Bachelor. However, as of this write-up, nothing in regards to the new Bachelor announcement has been confirmed. So fans will likely have to wait until the reunion special to find out who producers have chosen for Season 24. Nevertheless, it seems the New Yorker would be up for the gig, according to Entertainment Tonight.

"He's in a good place. He's grown a lot as a person during his time on the shows. He's confident in who he is, so he's open to the idea," a source told the publication.

Meanwhile, it looks like Demi is aboard the Derek-as-Bachelor train. But, she isn't ready to take on the role of conductor just yet. "I will support him whatever he wants to do. I just want him to be happy," Demi told ET. "[But] I wouldn't want to campaign [for him], because what if some of my other friends want the gig too?"

That said, Derek's campaign as the next Bachelor might be a tough sell in comparison to other frontrunners like Peter Weber or Mike Johnson. Previously, ABC's Senior Vice President of Alternative Series, Specials, and Late-Night Programming, Robert Mills, revealed viewers should "keep an eye" on Derek and JPJ during BiP Season 6, per E! News. Though the publication described both of the contenders as "long-shots" for the title of The Bachelor. So, given the vast number of qualified men for the 2020 season, fans will just have to wait for ABC to make an official announcement.

Regardless of his departure from BiP, it seems Derek is hopeful when it comes to love. Following the Sept. 2 episode, the banker released a series of tweets that show he hasn't given up yet.

"Thanks everyone. Love you all. I’ll find her," he wrote.

Derek also came to Tayshia's defense and proved they had no ill feelings toward one another following their split. "Hey all, please be kind to Tayshia," he wrote. "She spoke her truth to me and I can never ask any more than that from anyone. We just weren’t a match in the end. I very much appreciate that we have a friendship."

Even if Derek isn't cast as The Bachelor for Season 24, he is a true class act who deserves to feel chosen every single day. So here's hoping Derek gets his happy ending — no matter what that looks like.