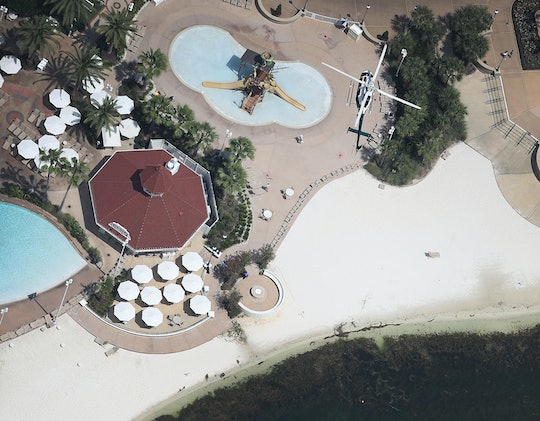 Will Disney Put Up Fences After The Alligator Attack? The Park Is Taking Extra Precaution

Tragedy struck Disney World at the beginning of this week when an alligator snatched a little boy wading in lagoon waters right behind his hotel on Tuesday night. But since then Disney World has been taking extra precautions towards making sure this tragic accident will never happen again. Because of this accident, will Disney put up fences after the alligator attack?

From what park visitors captured late Friday afternoon, it appears that Disney is putting up both signs and fences around the lagoon and all beaches at Disney World as part of safety measures against future alligator attacks. The decision to add signs to the park's lagoons were made on Friday, to warn resort attendees about the alligators that may live in the park's lagoons. But according to according to New York Daily News the park's decision to add fencing is only temporary, at least, according to the vice president of Walt Disney World, Jacquee Wahler.

We are installing signage and temporary barriers at our resort beach locations and are working on permanent, long-term solutions at our beaches. We continue to evaluate processes and procedures for our entire property, and, as part of this, we are reinforcing training with our Cast for reporting sightings and interactions with wildlife and are expanding our communication with Guests on this topic.

While the reported fencing installed, fence posts with ropes hung between, might not look like much, its an added and necessary measure to warn park attendees to keep out of the park's lagoons. Even if the park's beaches and lagoon areas, which remained closed on Friday, look so inviting to swim and wade in.

The Seven Seas Lagoon, where the accident took place, is an expansive lagoon located around the park's hotels. Three resorts border the lagoon and each resort has its own beach — which look pretty but cause even more confusion with guests when they're told they can't go in the water. While swimming was allowed when the lagoon first opened, it is now prohibited.

According to the Orlando Sentinel, Grand Floridian hotel custodian warned managers about fencing off the beach area due to alligator sightings. "There are signs that say 'no swimming' but no signs that say gators and everything else in this lake." And while the little boy wasn't swimming, he was wading in the water which is an understandable mistake to make, especially when the beach isn't fenced or closed off.

While there is no word on what the permanent fencing will look like, or when it will be installed, it is incredibly reassuring to know that Disney is taking extra precautions to make sure that accidents like this never happen again. With the new fencing and alligator warning signs, this is a small step towards preventing large accidents. Even if, in my opinion, the fencing looks a little flimsy.