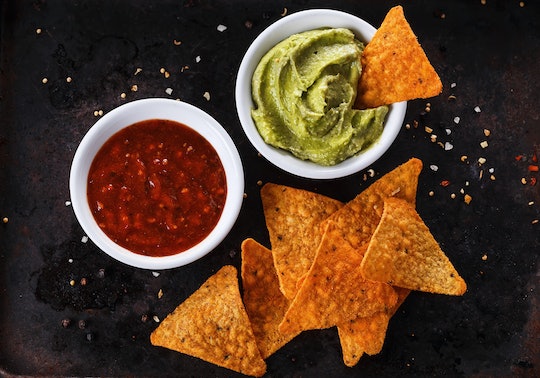 Will Doritos Help Start Labor In A Pregnant Woman?

Labor induction techniques have probably been around as long as people have been birthing babies. Sooner or later, pregnant women hit that let's-get-this-over-with phase, especially in those final days. Although women back in the day might have gnawed on special berries to help bring on the baby, modern ladies have their own versions of these ideas. With this in mind, will Doritos help start labor in a pregnant woman?

Initially, you may have a skeptical reaction to this idea, because it kind of sounds like a pregnancy craving run awry. But, infamous Super Bowl ads aside, it looks like some women swear by this snack food to bring baby into the world. A quick perusal of many pregnancy boards will often reveal a post or two from someone claiming Doritos helped induce labor, as noted on Baby Center. Sure, anecdata is fun and all, but is there any science to back this claim?

Sadly, there are not any large medical studies on the usefulness of Doritos as a labor induction tool. (But how awesome would it be to volunteer for that study?) However, it looks like the use of Doritos falls under the broader idea that spicy foods can induce labor. After all, a quick reading of the baby boards seems to suggest Chili Heatwave Doritos, or other spicy varieties of the chip, are the most helpful.

Although the idea of spicy food inducing labor is a long-held belief, it does not appear that science backs this claim. According to Baby Med, spicy food — or any other type of food — has not been conclusively, statistically shown to induce labor. In general, your baby will make his debut whenever he's ready, and no amount of snacking will change that.

That said, there is probably no harm in indulging the placebo effect. If you like the idea of spicy chips inducing labor, then it's probably an OK snack to enjoy as you count down the minutes to labor. And if you just straight-up want some freaking Doritos for no reason at all, that's cool too. Chances are, nobody's going to keep you away from chips at this stage of the game. Either way, you'll get to meet your baby soon enough.