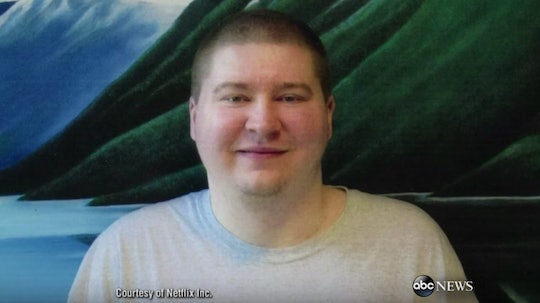 Will Double Jeopardy Stop Brendan Dassey From Being Retried? The State Has 90 Days

Fans of the Netflix documentary series, Making A Murderer were more than shocked early Friday evening when it was announced that a federal judge overturned Brendan Dassey's life sentence in prison. Dassey was a subject of the series and many viewers felt that Dassey was wrongfully convicted. But Dassey might not yet be a free man — there are could be an exception to the overturning. When reading the fine print of the judge's ruling, wondering will double jeopardy stop Brendan Dassey from being retried is an incredibly valid thought.

In the official judgement, officiated by Federal Judge William E. Duffin, Duffin orders that Dassey needs to be released from custody — unless, within 90 days from the date of the judgement (August 12), "the State initiates proceedings to retry him." Therefore if the state of Wisconsin wanted to, Dassey could go to trial. Dassey's last trial was almost 10 years ago, in 2007, where Dassey was convicted of three different charges: first-degree intentional homicide, mutilation of a corpse, and first-degree sexual assault.

But as details continue to emerge about the judge's ruling, it is unsure as to whether or not the state will proceed to retry Dassey — and whether or not double jeopardy will stop Brendan Dassey from being retried. The Wisconsin State Department of Justice declined to comment on the case and the previous charges against Dassey.

According to Slate, experts think a retrial is likely, but there are a lot of factors in the Dassey case and conviction — ones that Judge Duffin cited himself. In the 91 page decision and order written by the judge, Duffin discusses whether or not Dassey's confession was coerced and makes a note of investigators prompted Dassey, leading him to "guess at answers" to provide investigators with information — and incriminating himself in the process. It was these confessions that Dassey made that led to his guilty sentencing at trial; there was no physical evidence that tied Dassey to the crime.

Steven Govin, a Criminal Defense Attorney based out of Milwaukee, Wisconsin believes that if the state were to retry Dassey, the would have to do it without Dassey's original statements:

In this case, if they just went off of Duffin's decision, the District Attorney would have to make a decision [on whether or not to] retry without using Dassey's statement, and that would seem next to impossible to get a conviction without it. The whole case against Dassey was built around this statement.

Double jeopardy, is by definition, a clause in the Fifth Amendment that guarantees that no person can be tried again for the same crime. If Dassey is released without the state retrying him, they can however retry him at a later time, according to Govin. "If they make that decision, they can still retry him in the future because theres no statue of limitations on First Degree Homicide Murder in the state of Wisconsin."

It is unclear whether or not the state can present new information if Dassey were to be retried, but according to Govin, they can't use Dassey's statement — a key piece of evidence in Dassey's trial.

As the countdown of Dassey's 90 days begin, the legal proceedings will probably become much clearer. And while Dassey might possibly be retried, the decision made by Judge Duffin proves that audience member's suspicions while the show were validated.

More Like This
The FDA Is Warning Parents To Not Use Baby Neck Floats After One Infant Died
Lauren Conrad Shares Experience With "Lifesaving Reproductive Care" After Ectopic Pregnancy
Sarah Michelle Gellar Is Facing A Terrifying Parenting Milestone: Sleep Away Camp
10 Ways Prince George & Prince Louis Are So Different From Each Other