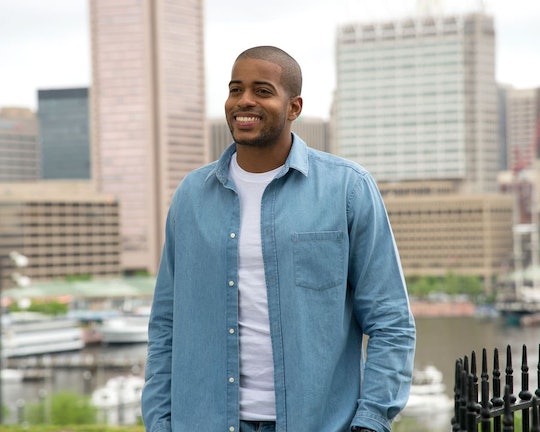 On The Bachelor and The Bachelorette, the contestant to carry on the tradition of the following show is often either a runner-up or a fan favorite, and for Rachel’s season of The Bachelorette, there have definitely been some favorites. Like Eric, who managed to go from being the center of drama with Lee to being someone who seems totally infatuated with Rachel every time he’s around her. So, will Eric be the next Bachelor?

If he is, he could make history as the first black Bachelor the show has ever brought on even though the show is currently heading into its twenty-second season. So if Eric is named the next Bachelor, he would follow in Rachel’s footsteps as making Bachelor history and hopefully set the precedent that the franchise should continue to welcome Bachelors and Bachelorettes of all races.

Of course, there is a downside to this outcome. If Eric is the next Bachelor, then that means he doesn’t win The Bachelorette, which is kind of heartbreaking when you think about how far he’s come as a potential husband for Rachel. But if nothing else, he could go into The Bachelor with a little more romantic experience under his belt and allow him to see how the process all works.

But there’s no denying that having Eric as the next Bachelor would bring a breath of fresh air in every way. Although his conversations with Rachel about his childhood in Baltimore were obviously very edited down, viewers were able to take away that he grew up in an impoverished neighborhood where he overcame a lot of obstacles.

"Before I get started on family, I’m from Baltimore, it’s a very challenging city. Where I grew up, it wasn’t easy," Eric told Rachel on The Bachelorette as they talked about the impending hometown dates. "It’s so easy to get distracted and it was easy to sell drugs or commit a crime. All the men in my family were in the streets dealing drugs, committing crimes."

The fact that Eric grew up to be a successful motivational speaker and business owner shows how strong he is as an individual and how much he can potentially bring to the table as the next Bachelor. So if he doesn’t win The Bachelorette and gain Rachel’s love, there would undoubtedly be many other lucky women willing to compete for his affection. Fans will just have to see how it all plays out.