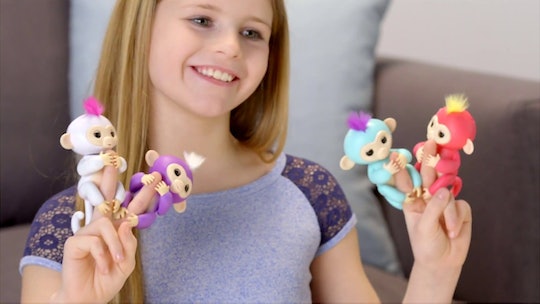 Will Fingerlings Sell Out Before Christmas?

Every Christmas, there is at least one thing on your child’s wish list that will make you cringe. Not because you don’t want to buy it, but because you can’t. The hottest toys of the season sell out fast, and parents end up having to spend sometimes double the price to get them. This year’s most popular toys are Fingerlings, and you can bet they’re selling like hot cakes. But will Fingerlings sell out before Christmas, or will you get a chance to nab one in time for the holidays?

There’s some bad, some good, and some better news. The bad first — as of now, Fingerlings are sold out in most stores and online for their original retail price of $15. The good news is you can still purchase them through third-party sellers on Amazon, Ebay, and Walmart for $20 to $30. The even better news is that they are restocked every now and then, so there may be a chance to pick one up before Christmas.

If you do manage to nab one, I’m sure you’ll get major hugs in return. These cute interactive monkeys can respond and react to your child’s touch and sound, with 40 different animations and reactions. They are made to cling on to a finger (hence, the name), a pencil, notebook, or any other thing your child can think to hang them on. They can be rocked to sleep and snore, giggle when you pet them, and can even blow you a kiss. They can even fart and belch, which is music to my ears, and the little ones will get a kick out of that, too.

Not only can they do tons of cool interactive things, but they are only about 5.5 inches tall, so they can easily be transported in a pocket or backpack. WowWee has released them as collectibles, and the originals come in six different characters — Bella (pink), Boris (blue), Finn (black), Mia (purple), Sophie (white), and Zoe (teal). They have a pink glitter one, Rose, that will be released as an Amazon exclusive on Nov. 20, but it looks like the pre-orders for it have finished. There is even a more elusive Fingerling, Gigi the Unicorn, that may also show up in restocks in the future.

The reason Fingerlings have such widespread appeal is that they are one of the few robotic toys that are easy to play with and affordable. Most toys in the robotic space are upwards of $100 or more, and require a bit of a learning curve. You need to either program them, or learn the extensive sequences of commands to get them to do what you want, making them a nightmare for younger kids. Fingerlings, on the other hand, have two sensors on their head that respond to petting and touch, making them simple and easy to play with, giving your child maximum playtime and reward.

They are battery operated, so you don’t need to lug around any chargers or ports. They require four LR44/AG13 batteries (which are included), and depending on how long you leave them on for play, WowWee noted they should last for hours of fun. This means you may have to keep extra batteries on hand, but luckily these batteries are pretty inexpensive, running about $4 for a pack of 10 on Amazon.

So why are these little monkeys selling out so fast? Well, the obvious reason is that kids are obsessed with them, so aside from parents getting them as parents, the hype has scalpers buying, only to resell them for profit. If you are willing to pay double the price, maybe even triple as it gets closer to Christmas, you can definitely do so. In the meantime, you can keep an eye on any restocks via websites like Zoolert and Now In Stock. These sites will send you alerts when the Fingerlings become available for purchase.