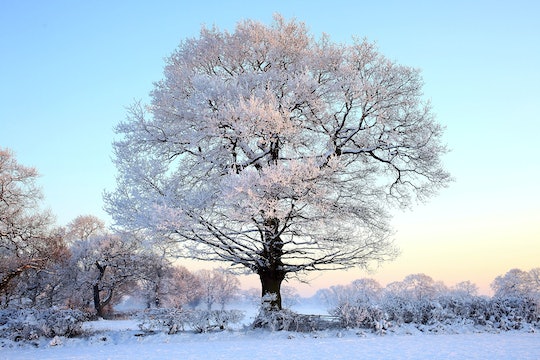 Will Frost Kill Zika Mosquito Eggs? They Could Survive The Cold

It's hard to remember a time when there was no such thing as the Zika virus. As the virus spread through the bite of an infected Aedes Aegypti-variety mosquito, news of the Zika virus too began spreading through social media, creating chaos and confusion. For many people, the summer was spent nervously testing insect repellents and wearing long sleeves while avoiding any standing water, a breeding ground for mosquitoes. Now that summer is coming to an end and winter is around the corner, will people be able to relax? Will the frost kill off Zika mosquito eggs and hopefully curtail the spread of the Zika virus?

Scientists have found that the female Aedes Aegypti mosquitoes can pass the virus along to their offspring. The Zika mosquito eggs can easily withstand the winter, and possibly hatch in the spring during the seasonal rains. According to researcher Robert Tesh of the University of Texas Medical Branch in Galveston:

In a study performed by the University of Texas Medical Branch, Tesh found that infected Aedes Aegypti females passed the virus down to their offspring at a rate of one in 290:

I think what it means is it’s a way for the virus to overwinter. Here in Galveston, it’s still quite warm now. We have aegypti. In October it’ll start to get cool. But their eggs survive the winter. In April or March it’ll start to warm up again and we’ll get rain. The containers where the eggs are will fill with water, and you’ll have another generation of mosquitoes. If even just a few of those eggs are infected, when the larvae hatch, they’re also infected.

While Tesh conceded that a transmission rate of approximately one in 290 is relatively low, he pointed out that trying to destroy mosquito eggs could be infinitely more difficult than killing off an adult mosquito. For instance, spraying does not work on mosquito eggs because larvicides “don’t necessarily kill the eggs, because they’re often in protected places, and the eggshell of the Aedes is quite resistant.”

As Tesh also points out, "They're so tiny, if they're on a dark surface, you won't see them."

One solution that the FDA has approved is the possibility of genetically modified mosquitoes, who will breed with other mosquitoes and create offspring that won't survive. Derrick Nimmo, senior scientist at Oxitec, a company awaiting approval to release these genetically-modified mosquitoes in Key West, Florida, explained to The Atlantic in an email:

Since Aedes aegypti eggs can lie dormant for over six months and hatch at any time, the Oxitec solution, as with any vector control solution, may require repeat releases to maintain the suppression of populations of Aedes aegypti.

As of yet, there is no vaccine to protect against the Zika virus, and no cure. While most healthy adults will only suffer minor, flu-like symptoms, pregnant women could possibly transfer the virus in utero, which could cause a whole host of neurological disorders like microcephaly, a condition where the brain does not grow to full size.