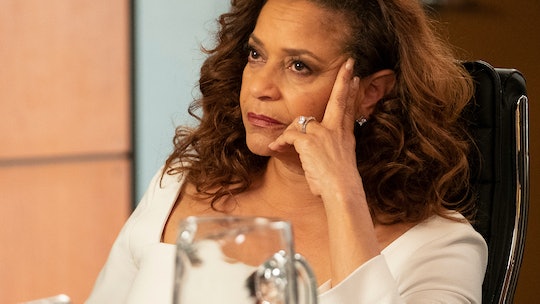 Sorry, I Can't Dance It Out Until 'Grey's Anatomy' Season 16 Is Added To Netflix

Grey's Anatomy isn't the same show it once was. Since the series debut in 2005, the ABC drama has said goodbye to beloved characters and tied up remarkable arcs in the course of over 300 episodes. Now, as the Season 16 premiere approaches, I can honestly say I have no idea where the show is going in the future. And although the unknown can be exciting at times, I have found comfort in the consistent addition of the medical series to streaming services. But will Grey's Anatomy Season 16 be on Netflix this time around? The rise to Disney+ starts on Nov. 12, and fans of the Shondaland drama are getting nervous.

When new episodes begin airing on Sept. 26, cable-cutting viewers will likely be wondering what time Grey's Anatomy Season 16 will be added to Hulu. The company has already revealed the show will pop up on Sept. 27, per usual. So the bigger streaming-related question lies with Grey's Anatomy and Netflix. Typically, the streaming giant releases new seasons of Grey's Anatomy the summer after the season ends. Therefore, if Season 16 is hits Netflix, it won't happen until after the finale. But given Disney's new streaming service, who knows what will happen by then.

In case you didn't know, ABC Studios is owned by The Walt Disney Company. Recently, Disney announced a streaming service of their own called Disney+, meaning its possible Grey's Anatomy will leave Netflix eventually, according to Deadline. Disney has already chosen to pull its films from Netflix. However, it could take some time to withdraw ABC titles like Grey's Anatomy.

The loss of Grey's Anatomy would be huge, as it is one of the most-watched shows on the Netflix, second to Friends. But if the ABC series is taken off the service, it won't occur overnight. In the past year, NBC decided to remove The Office by mid-2020. Meanwhile, WarnerMedia paid $425 million for the rights of Friends by 2020. So if it happens to Grey's Anatomy, fans will hopefully get a heads up.

That being said, it doesn't look like Disney has any plans of removing Grey's Anatomy from Netflix just yet, per the Disney+ investor fact sheet published by Deadline. In the document, the company revealed its plans to become the "ultimate streaming destination for entertainment from Disney, Pixar, Marvel, Star Wars, and National Geographic." But there was no word on what's to come for ABC Studios, so fans will just have to wait and see.

The future of Grey's Anatomy Season 16 and Netflix might be up in the air at this point in time, but hey, are you really a Grey's fan if you aren't used to a little unpredictability? Regardless of what happens, viewers will still get a phenomenal season filled with twists now that Meredith (Ellen Pompeo), Alex (Justin Chambers), DeLuca (Giacomo Gianniotti), and Richard (James Pickens Jr.) are on the bench.

"It was a big swing we took," showrunner Krista Vernoff revealed to TV Line. "I can’t promise that Grey Sloan isn’t going to have to do without those doctors, at least for a while. I mean, they got fired!"