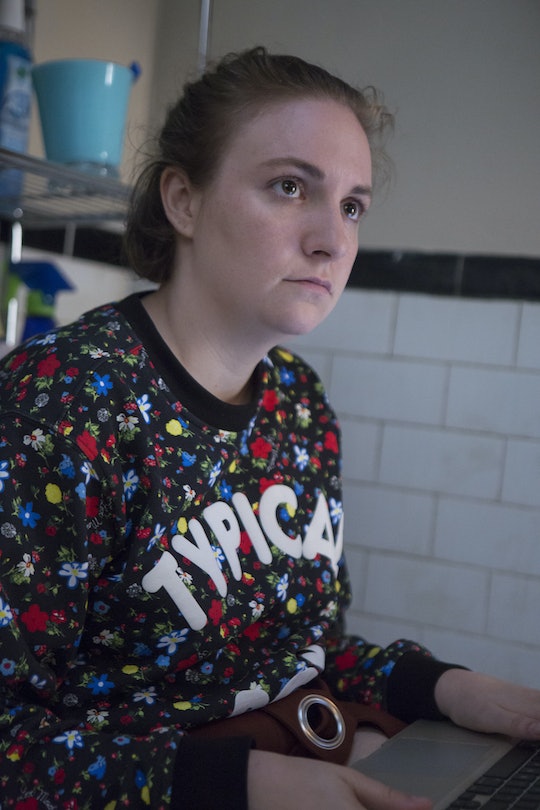 With only a handful of episodes left, Girls sure is making sure to throw as many twists and turns in Hannah's direction before the series comes to a close. And after Sunday night's episode, it looks as though she's facing the biggest decision of her life thus far. It was revealed that Hannah is pregnant on Girls after she went to the ER in order to take care of a UTI. To top it off, her doctor turned out to be Patrick Wilson's character, Joshua, whom I'm sure many fans recognized from their Season 2 hookup. So yeah — just to make things more awkward and complicated, her former flame was the one to casually inform her that she's expecting. (These are the things nightmares are made of just FYI.) But now the question remains: will Hannah keep the baby?

When Joshua first mentioned the option of getting an abortion, Hannah brushed off the possibility, instinctually saying that it's not something she's interested in. However, it's important to remember that this news caught her completely off guard, so she understandably needs some time to figure out what it is that she really wants after the shock of it has warn off. I just don't think she liked the idea of Joshua (a man) assuming anything about what she (a woman) may want to do. Because, let's face it, he doesn't really know anything about her and this decision is entirely in her hands.

When asked about who the father is, Hannah revealed that it's Riz Ahmed's character, Paul-Louis, the surf instructor viewers met in the season premiere, though I doubt we'll be seeing any more of him throughout the season, which means that if Hannah is going to keep the baby — and she very well may — then she'd be embarking on this journey as a single mother.

Then again, considering Lena Dunham has always been a strong advocate for women's rights, it could be just as likely that Hannah does decide to get an abortion after all. Either way, it's a huge decision she's going to have to make and soon. But given the important topics Girls has managed to cover smartly in the past (even so recently as the topic of consent in Episode 3), I have complete faith in the writers to handle such an important topic. It's not a decision I thought Hannah was going to have to face in the near future, but it just goes to show how life has a way of throwing curveballs at you when you least expect it. So I'm very curious to see where Hannah will go from here. Regardless, though, I hope she ends up doing what's right for her.