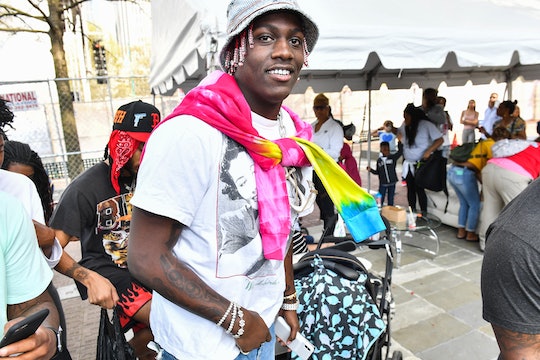 Almost two decades after the original movie release, on 4/20 (haha) MTV released a sequel to the classic stoner hit How High. The new movie, How High 2, stars Lil Yachty and D.C. Young Fly and according to Deadline, it was a huge hit for MTV. So, if you missed it, now you're wondering will How High 2 be on Hulu.

I wish I had better news for you, but there is no indication that this will happen any time soon. How High 2 isn't on Hulu right now, and neither is the original How High staring Method Man and Redman. There is some Viacom content on the streaming network, Viacom being the owner of MTV, VH1 , Nickelodeon, and Comedy Central. So, you can watch hit shows like South Park or My Super Sweet 16 whenever the mood strikes you. But sadly, the stoner classics are nowhere to be found on Hulu.

Apr. 20 has come and gone. So naturally, your next question is, "Can I watch How High 2 at all?" The answer to that is yes, but it's not as easy as you might hope — the movie is not on Netflix, either. (Viacom does have a deal with the streaming giant, but it mostly focuses on kids content on Nickelodeon.) You can watch How High 2 on VH1 when the movie airs on May 4 at 10 p.m. ET and Sunday, May 5 at 8 p.m. ET. It's also available through the MTV app which can be downloaded onto Android, iOS, Roku, Apple TV, XBOX, Nvidia Shield and lots of other places where you can stream.

Now that you know where to watch, let's dive into the fun stuff. You should know about the story in How High 2, because it's not a continuation of the original story in any way. Lil Yachty and D.C. Young Fly play Calvin and Roger who find a "Weed Bible" in their basement wall. It helps them produce the best weed they've ever smoked. So naturally, when it's stolen they scour Atlanta to get the sacred text back. The film also features appearances by The Real Housewives of Atlanta star Nene Leakes, comedian Deray Davis, and actor Mike Epps.

Epps reprises his role as Baby Powder from the first film, in which Method Man and Redman play two stoners who smoke "magic" weed to help them get into Harvard. Epps is the only significant actor from the original to reprise their role.

Okayplayer reported a quote from Redman's interview on the Grass Routes podcast about his absence from the movie:

Long story short is that me and Meth was not aware that they were doing this transaction with the movie. I’m not mad at Yachty or DC Fly — like I said, it has nothing to do with them. And I’m not even upset because God always places things in the right position anyway; I’m just following the path…But my thing is when you have a brand, like Red and Meth, that kind of helped built and created this entity of How High and shooting a movie on How High — I mean, marijuana and being in college. Those were all our ideas. And when the new deal came about, we wasn’t involved in it.

Well, at least it's good that there isn't any resentment between the actors. It's really up to you to decide if you thing How High 2 measures up to the first film by using one of the streaming methods above.