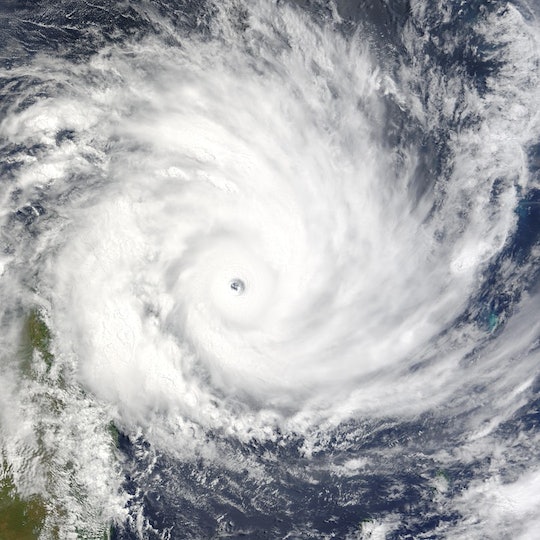 Will Hurricane Jose Also Make Its Way To The US?

The tropical storm that was hovering closely behind Hurricane Irma has since been upgraded to a Category 1 hurricane. As meteorologists are tracking its development and trajectory, many Americans are wondering if Hurricane Jose will hit the United States as well. Most recent reports have it moving west, then up north — essentially following Irma's path — so it could indeed reach the the mainland if it continues on its current course.

According to the National Hurricane Center, as of 11 a.m. Eastern Time, Hurricane Jose was located about 715 miles east of the Lesser Antilles, a group of islands in the Caribbean Sea. Jose reportedly has wind speeds sustained at 90 mph. Experts at the NHC believe that Jose will develop into a "major hurricane" as early as Friday. In order to be upgraded to a more powerful hurricane, Jose's wind speeds must only slightly increase to reach 96 mph. Considering its current trajectory, that's certainly a possibility.

Shortly after being catastrophically damaged by Hurricane Irma, an additional hurricane watch has been issued for the islands of Antigua and Barbuda. According to the NHC:

Jose is developing an eye. Convection remains very symmetric around the center, and a well-defined mid-level eye has been evident in microwave imagery throughout the morning ... Outflow remains well established in all quadrants, despite the close proximity of Irma to the west, perhaps in part due to the small size of Jose.

The NHC also stated that the storm is quickly growing in size and strength:

However, the overall trend of intensification is not likely to have ended, and Jose is still forecast to become a major hurricane in about 24 hours.

The expected path of Jose would bring it near Barbuda, St. Martin, and St. Barts. If impacted, these Caribbean islands could face additional destruction following Hurricane Irma. The Washington Post reported that Antigua and Barbuda both experienced mass destruction with a current death toll of 10 people across the Caribbean, including one infant.

Antigua and Barbuda Prime Minister Gaston Browne issued a statement saying that 95 percent of all property in Barbuda was damaged, including necessary disaster relief buildings such as the island's hospital and airport, according to The Washington Post. Browne reportedly spoke with the news outlet on Thursday, stating “We are very worried about Hurricane Jose." However, the people of the Caribbean are not the only ones concerned about coming storms.

Many on the eastern coast of the United States are preparing for Hurricane Irma to make landfall. The Weather Channel has reported that many areas in Florida, as well as Georgia and South Carolina have issued hurricane watches, warning residents of what's ahead.

If Jose continues to follow behind Irma and head toward the United States with more strength, people along the Atlantic — think Florida, Georgia, and in the Carolinas as well — may need to brace for impact from two potentially catastrophic storms.