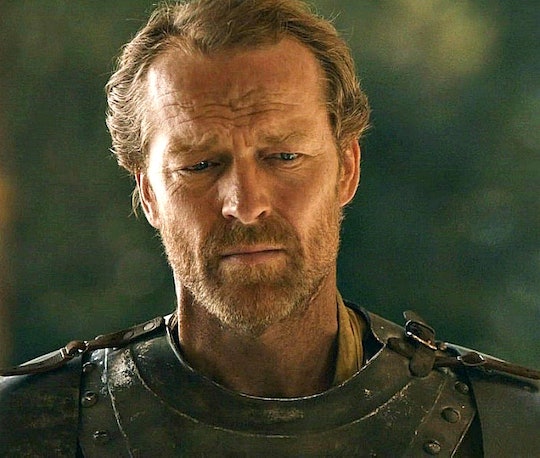 Will Jorah Die From Greyscale In 'Game Of Thrones' Season 6? Only If It Spreads

Getting Greyscale in the Seven Kingdoms is like catching leprosy. Except that it is a disease which turns you into a scaled monster of a person, infecting anyone who touches you. And there is no foreseeable cure, either, so if you happen to come into contact with any of these men in Old Valyria, you'd do well to steer clear. Unlike Jorah, who found himself infected with Greyscale during his travels with Tyrion last season. Will Jorah die from Greyscale on Game of Thrones, though? We've already seen Stannis Baratheon's daughter, whose face was infected for years but never spread, live with the "disease" without it hurting her life. You know, other than being shut away in a tower because her parents were too ashamed of her. But physically, she lived with it and never turned her into one of those scary Greyscale men of Old Valyria.

Which leads us to believe that maybe Jorah will survive with the affliction, too. During a fight with a few of these Stone Men, Jorah and Tyrion took great care to now allow any of their flesh to be touched by the men, lest they too should turn out like them. And we pretty much knew at that point that Tyrion would be safe, which proved true when he was safely plunged underwater. But Jorah's fate was sketchy, since he was already on the outs with his queen, Daenerys, and it was unclear as to where he was going to come in handy again just yet.

He did manage to get away and save Tyrion in the process, but later realized that his wrist was infected by Greyscale, a.k.a. the terrifyingly incurable disease that turns you into a monster. Of course, no one else is yet aware of his disease, and it hasn't progressed too much as of yet, but there's also no telling what Season 6 of Game of Thrones will bring as far as his Greyscale infection is concerned, or how much time will have passed once we actually see him again this season.

When we met Shireen Baratheon a couple of seasons ago, she did have Greyscale, something given to her as a baby, but it didn't spread or get any more severe than what we saw on her face. Unfortunately, we can attribute this to just being the case in Greyscale with kids.

In the season 6 trailer for Game of Thrones, we get a quick shot of Jorah and a torn sleeve, revealing his Greyscale that looks as if its traveling up his arm, instead of staying in the same spot that we last saw it in. Which means, of course, that things may not be going so well for our former Lannister spy.

Jorah may last through Season 6, but if Greyscale stays true to its lore and no one finds a cure anytime soon, then Season 6 may be his last. Then again, his Greyscale could always continue to spread, but at a slow enough pace to keep him in the "game" until the series' end in a couple of seasons. Either way, Jorah has been with us this far, and if he's going out this season, he is most definitely going out fighting.