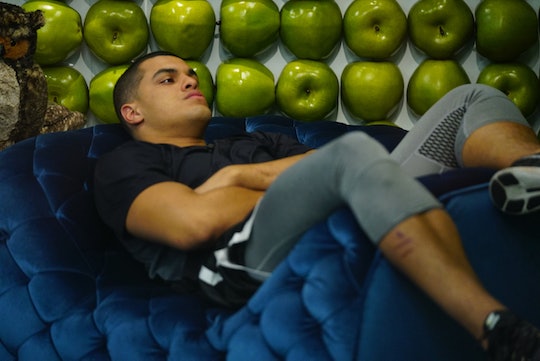 Early on in the game, Paul somehow managed to get all the houseguests (except Jessica and Cody) under his thumb. When he should've been the biggest target, he got three weeks of safety that allowed him to build "friendship" with almost all of the houseguests. Since then, he's been manipulating the house and gotten the people he wanted out without getting blood on his hands. He also somehow got the other final five to all believe he's on their side. However, it now seems someone is figuring out Paul's game. So will Josh turn on Paul on Big Brother 19? Unfortunately, probably not.

During Sunday night's episode, viewers got to see what went down on double eviction night last Thursday with some behind the scenes footage. As always, Paul was pulling the strings and somehow convinced Alex to take a shot at Kevin and Raven, instead of himself, Christmas, and Josh, who just sent her ride or die, Jason, home. However, Josh began to realize that even though Paul was also responsible for sending Jason home, the blood was really on his and Christmas' hands, leaving Paul in the clear. Because of this, Josh decided to try and get on Alex's good side, so after he won the Power of Veto he decided to keep nominations the same, just like she asked.

He then voted Kevin out, even though Paul and Christmas wanted the vote to be unanimous to get Raven out. Later, Paul attempted to play it off as if he felt remorseful for sending Raven home over Kevin, and cried fake tears in front of Alex and Josh. But once Alex left the room, Paul's tears turned to a grin, leaving Josh in complete shock about how well Paul can change his emotions to fit the people in the room. (Seriously, the expression on his face is so priceless.)

Now that Josh is HOH and onto Paul's schemes, one would hope Josh would take the shot at Paul now since it's so close to the end. Instead, Josh continued to do what Paul wanted and nominated Alex and Kevin. Although Josh has claimed he'll take a shot at Paul this week if he can, I find that difficult to believe. Josh isn't the first person this season to say they're going to "play their own game," and then still followed Paul's plan instead.

More importantly, in order for Josh to be able to put up Paul, that would mean he, Kevin, or Alex would have to win POV, because neither Paul nor Christmas would agree to take someone off the block, and if Paul wins POV he's automatically safe. Unfortunately, Kevin isn't really a good competitor and truthfully, Alex is still so far under Paul's thumb she might be gullible enough to believe she doesn't need to take herself off the block. So really, it'd be up to Josh to change his nominations and put up Paul, though he probably wouldn't have enough votes to evict him since, as HOH, Josh can only vote in the event of a tie.

Although it's great that Josh is finally onto Paul, the revelation may have come just a little too late to be useful.