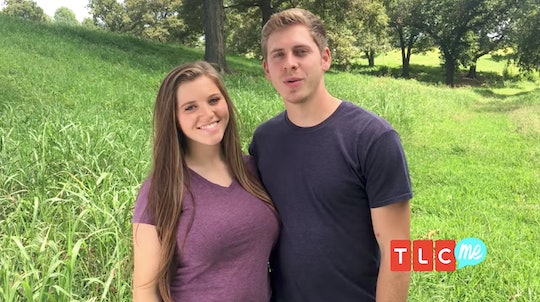 The Duggar family is growing by one! Joy-Anna Duggar is expecting and fans have a lot of few questions. One such question is will Joy-Anna Duggar go to college now that she is married and starting a family of her own? The 19-year-old hasn't explicitly stated whether she will or not, but she has options. The Duggars have been persistent in blazing their own trails when it comes to education, so it isn't a far leap to believe that Joy-Anna will follow suit.

After being engaged for a short three months, Joy-Anna married her now-husband, Austin Forsyth, in a large ceremony of more than 1,000 people that took place at Cross Church in Rogers, Arkansas, according to People. The two then headed to Geneva, Switzerland, for what has been described as an "incredible" honeymoon. Just three months later, the couple announced that there is a little one on the way. Joy-Anna spoke with People about the pregnancy and shared that the couple is overjoyed about their coming addition to the family, saying:

We’re so happy and thankful to announce that we’re expecting a baby! Every child is such a precious gift from God. I’m most looking forward to watching Austin as a dad and raising children together with him.

It seems that this little baby may just be the first of many to come for Joy-Anna and Austin. After their wedding, she spoke with People about her and her husband's plans to grow a large family like the one she comes from. "We want as many as the Lord thinks we can handle. And we are putting it into his hands," she told the magazine.

Not everyone is as happy as she is, though. When E! News announced the pregnancy on its site, commenters were quick to point out her young age and pass judgement on starting a family so soon. One such commenter wrote:

It's sad when she's only 19 and hasn't lived her life. She doesn't know anything else though besides [how to] be a wife and have kids. Like her mother and sisters. It's crazy how not ONE dugger [sic] wants to go to college or do something actually important with their life and have children later.

Along with hateful comments calling the Duggar women "brood mares" and "baby makers," there were a few who came forward to point out that it is really no one's business at what age she has her children. "Who are we to judge? I mean, she looks like she's happy and so does Austin," one person commented on the E! News article. "It's her life and if she chooses to get married and have kids at this age, then we have nothing more to say."

As for the argument that Joy-Anna is throwing her life away, there is no reason that she can't go on to get a college degree if she decides she wants one — this coming from someone who was married for three of her four years of undergrad and is working on a graduate degree while pregnant. Tons of women choose to go back to school after having a baby and there is nothing wrong with taking a nontraditional path. That is one thing that the Duggars are good at.

By homeschooling their children with lessons on the Bible and scenic drives through the countryside, the Duggars do education their own way. While they don't often opt for traditional college, they do take classes from an online program called CollegePlus an educational Christian organization, according to Michelle Duggar's TLC blog. Michelle says on her blog that distance learning works for them because they are "still able to work or pursue other experiences while studying," and it allows them to keep costs to a minimum while sticking to their debt-free lifestyle.

She wrote that some of the Duggars are taking college classes, which means that Joy-Anna may very well do so, too:

A few of our kids are taking courses right now, and I think some of them will go for their degrees in whichever areas they decide, and then I think some of them may not really go for the full degree — but they're getting knowledge and information for skills that they want to gain. All my kids are different, and it will be interesting as time goes on to see which direction each one will take.

There is a lot to learn during your first pregnancy, so Joy-Anna will definitely be getting schooled in that. Whether or not she will take college classes may not be heavy on her mind right now, but she has plenty of time to decide.