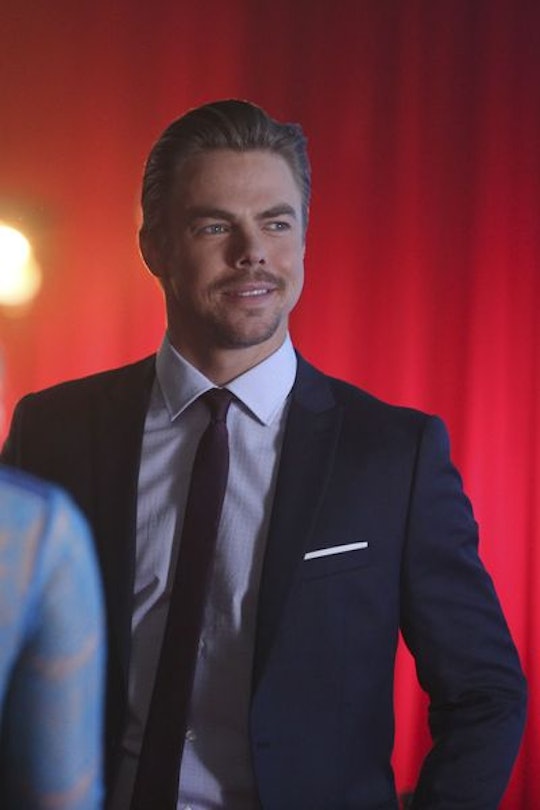 Will Juliette & Noah Stay Together On 'Nashville'? They're Definitely Going To Try

Nashville's Season 4 episode "After You've Gone" contains one very major reunion and it involves the return of Derek Hough as Noah West, Juliette Barnes's costar from Shenandoah Girl. The pair hook up while working the Oscar campaign trail, but will Juliette and Noah stay together? In spite of the fact that they both brought separate dates to the Oscar campaign event — Noah brings galpal Kesha, and Juliette gets set up with a rando because she decided she couldn't be seen out in public solo after news of Avery and Layla's hookup went viral — sparks fly between Juliette and Noah.

Juliette definitely seems a wee bit salty that Noah shows up on the red carpet with a date, and it seems like her lingering feelings for him catch even her by surprise. Remember, they had off-screen chemistry during shooting, which neither of them acted on, because Juliette was pregnant and still with Avery. But, while drowning her sorrows (in club soda) at the bar during the Oscar event, Noah sidles up to her. He assures her that he and Kesha are just friends and she's doing him a last minute favor accompanying him as a date. Juliette takes the opportunity to admit that her own date is a stranger, and Noah pulls her onto the dance floor.

He winds up telling her that he paid her date to go home early so they could hang out, and confesses that he tried calling during her tumultuous past year. Juliette explains that she changed her number a bunch of times, but thanked him for being kind.

"I might have had an ulterior motive," Noah whispers. "I had a big crush on you. I still do." Juliette takes the hint in a big way and offers him a tour of her hotel room. The next morning, Juliette and Noah are all over the tabloids (Nashville has very good paparazzi), and she instinctively goes into damage control mode, but Noah pumps the brakes. He suggests they go public with their relationship.

"Hell yes!" are his exact words. "We're both available, last night was amazing..."

And Juliette, while she hesitates for a split second, actually goes along with it! Now, whether she's into it because she wants to get back at Avery and Layla, because she wants to make Avery jealous enough to get back together with her, or because she's actually ready for a relationship with someone who isn't her baby daddy (the tabloids' words, not mine) remains to be seen. But either way, it's nice to see Juliette finally growing her support system with people who seem to genuinely like her, rather than with clingy fangirls who are only in it for the parties.