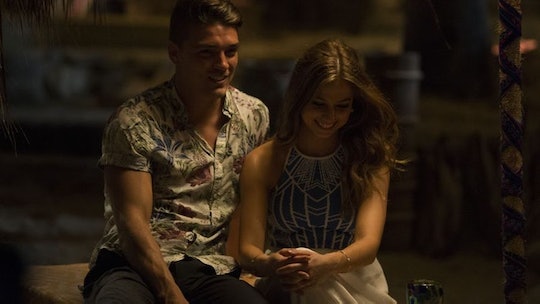 Kristina's Time On 'Bachelor In Paradise' May Be Cut Short

Because of her relationship with Dean, she hasn't had the best time this season. They wouldn't be the first couple in the show's history or even this season who've had other contestants come between them, but the way everything went down between them makes it seem like Kristina will leave Bachelor in Paradise.

Their relationship was pretty adorable at the start of the season, and like Derek and Taylor, they seemed like a legitimate couple who could make it far. But when Danielle L. entered paradise, Dean's eyes began to wander. Instead of breaking things off with Kristina to pursue someone else, he started a back and forth thing that wasn't fair to either woman. After the latest incident, where Dean had a late night swim with Danielle L. the night after he and Kristina grew closer yet again, it might have been the last straw.

Even in the instances where Dean went back to Kristina on Bachelor in Paradise to tell her how much he liked her and how strongly he felt about their relationship, those moments of relief for Kristina were short-lived. Clearly, Dean didn't handle it in the best way and because of the love triangle between himself, Kristina, and Danielle L., Kristina is probably going home on Bachelor in Paradise.

If Dean had initially broke things off with Kristina and called it quits at that, it would have been a little different. But instead, Dean kept going back and forth between Kristina and Danielle L. and just when Kristina would think her relationship with him was solid, he'd do something else to totally crush her. At this point, Kristina has every right to want to pack it in and go home.