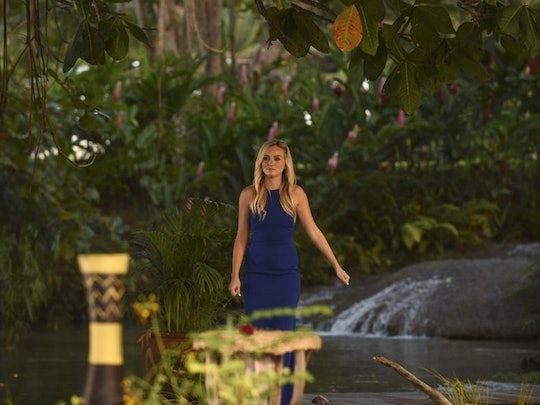 Will Lauren B. Be The 2016 Bachelorette? Fans Are Hoping She Is

As the Bachelor draws closer and closer to a close, there's only one question on everybody's minds: Who will be the next Bachelorette? Will Lauren B. be the 2016 Bachelorette? Calia Quinn? JoJo? Many fans of the show thought that crown was going to be given to Quinn, and that the big news would be announced at ABC's The Bachelor's Women Tell All Monday night. Everyone believed that Calia Quinn would be the next Bachelorette, but obviously, that didn't happen. So, why didn't producers spill the beans on who the next leading lady will be during the Women Tell All? And if they didn't pick her, why didn't producers choose Calia? Does that mean they chose JoJo or Lauren B. (Lauren Bushnell)? With so many possibilities up in the air, no wonder fans are confused.

After professing her love to Season 20 to bachelor Ben Higgins and getting sent home last week, it would make sense that the third-place Calia Quinn would be ready to get back into the dating game. She even recently told E! that despite the setback of getting the boot from Higgins, she is "ready for the one and for my best friend, and I'm still looking for that." Quinn has recently been spotted with a camera crew in her Hudson, Ohio hometown sparking Bachelorette rumors like crazy. It sure does sound like SOMETHING is going on with her, right? Well... not so fast.

What if Higgins' finale runner-up ends up taking the Bachelorette crown instead? There are rumors swirling that either of those girls, JoJo or Lauren B., will take on the Bachelorette, depending on who Higgins ends up picking at the show's finale on March 14. There hasn't been confirmation or anything, but it seems like Bushnell would be the perfect fit. Plus, she's very drama free, has an awesome career, and is a Bachelor fan favorite. So why not her? Fans would be down with that decision. A lot of them weren't too thrilled to hear about Quinn possibly taking on the new role, anyway. Even Twitter blew up with not-so-nice comments after there were reports that she was allegedly taping segments for the new Bachelorette:

But Quinn could actually be great for the franchise. If chosen, she would be the first Bachelorette of color. And that's a move that's long overdue for the long-running reality series — something they themselves have acknowledged in the past. Earlier this year, Paul Lee, an executive at ABC, told reporters attending the Television Critics Association that "I’d be very surprised if the Bachelorette in the summer isn’t diverse." And Caila would definitely signal a progressive change for Bachelor nation.

"I think she'll be fine," Claire Fallon, host of The Huffington Post's podcast for all things Bachelor recently told Romper of the Quinn rumors. "Caila isn't someone 'Cool Girls' want to identify with, and her romantic history (dumping her real-life boyfriend for a chance to win Ben's heart on TV) doesn't make her seem genuine enough for the romantics to back her either."

She added, "The real drama of the show comes from the cast of contestants. Ben, for example, is super boring and not someone I'd pick to carry a show, but it's still been a fun season." Hopefully they will make the big announcement during the show's season finale? Who knows, Lauren B. fans could be correct! You can watch that bad boy when it airs March 14 at 8/7 central on ABC.

Ed Note: An earlier version of this story did not properly cite a previous Romper article about The Bachelorette's Caila. Romper regrets this error.