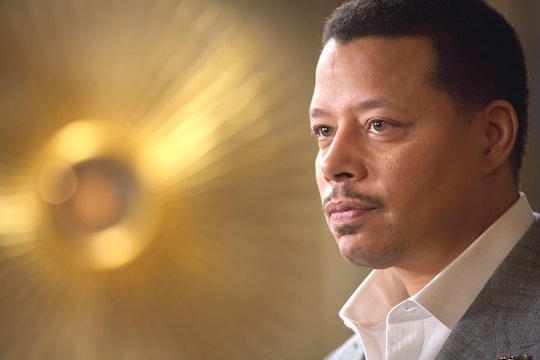 Will Leah Walker Kill Lucious On 'Empire'? She Seems To Hold A Grudge

So it turns out that Lucious lied about his mom on Empire. In "Boom Boom Boom Boom," he shared that his mother abused him as a child due to her mental illness, which culminated in her committing suicide in front of him. The latter part turned out not to be true, as Leah was found in a nursing home. At first she seemed like any other old lady, but cracks began to show at the end of Wednesday's episode. Will Leah Walker kill her son Lucious on Empire?

Andre found Leah in a nursing home after Thirsty Rawlings was shown visiting her. Not only did Andre make the effort to seek out and meet his thought-dead grandmother, but he brought her to Empire. Leah and Lucious reunited for the first time in over two decades. It turns out that she was abusive to Lucious as a child and did attempt suicide in front of him, but her gun was not loaded. She ended up in a mental hospital and, during Reagan's presidency, on the streets of Philadelphia.

Before starting Empire, Lucious stumbled upon Leah on the streets. He sent her to a home, where she stayed for over twenty years. Lucious was hesitant about her return due to their relationship in the past. At first, Leah seemed to be mentally healthy. She and Lucious even sang a duet together, which Lucious turned into a song for the whole family to sing.

However, things took a turn at the end of the episode. Leah fired Juanita, Lucious' cook and housekeeper, and instead opted to cook for herself. She then baked several huge cakes and forced Lucious to eat from them. Holding a huge knife in her hands, Leah said, "I should have killed you when I had the chance."

This seems pretty scary, especially considering that the preview for the next episode said that "a Lyon will fall." Will Leah kill Lucious? It's certainly possible, especially because she pretty much said she'd do it. Even with her mental illness, however, she may know she would be suspected — which might be why she said she should have "when [she] had the chance." Leah also might not care and attempt to kill him regardless.

Seeing that Lucious has escaped death before on Empire, he may very well do it again. Even so, he and the other Lyons should look out for Leah. Something is definitely going to go down in the season finale. Whether she is a part of it, we just have to tune in.