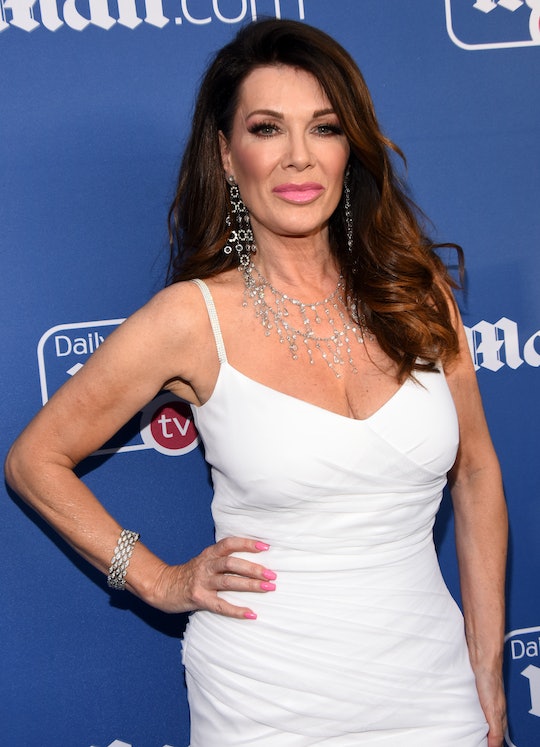 Lisa Vanderpump May Not Film The 'RHOBH' Reunion Show & Here's Why

Rumors have swirled about Lisa Vanderpump's participation in Season 9 of The Real Housewives of Beverly Hills since the series first resumed filming. But now that the season is in full swing, there's a new question looming: will Lisa Vanderpump film the RHOBH reunion show? An unnamed source told Entertainment Tonight that it's not necessarily a done deal, even though she did wind up filming during the season and she made an appearance at the premiere party.

"[Lisa] hasn’t made a decision on if she’ll show up for the RHOBH reunion or not. It was a very hard season for her and a lot of friendships shifted," the source told ET. "Lisa filming the reunion will be a game time decision."

It wouldn't be unprecedented for a Housewife to skip filming on the reunion. Luann de Lesseps famously missed out on The Real Housewives of New York City reunion show last season, opting instead to check herself into rehab for a second time. So the show has gone on with a cast member missing in the past. And considering what a touch-and-go season Lisa has had, I'm betting the likelihood of her being a no-show is high. She already declined to shoot group scenes this season, which is what prompted rumors that she had quit the show in the first place.

"It’s my ninth season and I had a very difficult year and after doing Vanderpump Rules and opening a new business, things got very complicated," Lisa said in a November interview on The Talk, referencing her absences. "So I’m in most of the season, but it got a bit complicated."

In addition to filming her spin-off series, Lisa has a new bar opening at Caeser's Palace in Las Vegas called Vanderpump Cocktail Garden. She also launched a rosé line, premiered a reality competition series on Facebook Watch called The World's Most Amazing Dog, and had her brother's suicide last year to contend with this season. It was a lot for the British restaurateur to handle. Lisa admitted in another interview with ET last month that she had actually requested to take a season off from RHOBH following her brother's death. But Andy Cohen and the production team lobbied her to stay and she obliged.

"[Andy] said, 'You know, I think we should've given you a year off when you asked for it,'" she revealed in the interview. "He said, 'I don't think you were in a mental state where you were really prepared to deal with it,' it was very emotional…' With hindsight, we probably should've given you the year off.'"

But, Lisa added, she felt extremely loyal to the network and the production company behind RHOBH, and so she let herself be convinced to stay. Unfortunately, it seems like powering through another season when she didn't really want to only burned her out even more. Not taking a break when she needed one may have soured Lisa to the whole Housewives experience and skipping the reunion show might be the note this OG leaves on.