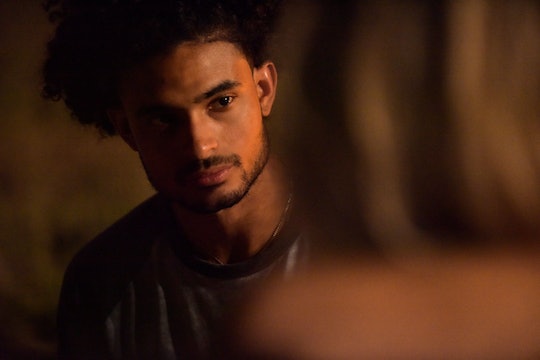 Madisson & Brandon On 'Siesta Key' Have A Complicated Past

As with any reality TV show, the cast of Siesta Key bounces between romantic partners more often than it's realistically possible to keep track of. Just when you get used to one couple, they break up and branch off to different cast members and you’re left scrambling to pick up the pieces and make sense of it as a viewer. Maybe we don't all take TV breakups that hard, but fans are probably wondering if Madisson and Brandon will get back together on Siesta Key or not. Brandon doesn't have quite as colorful a track record as Alex when it comes to relationships, but he’s had his share of Siesta Key romantic woes to make viewers concerned about his future with Camilla.

In a clip from Tuesday’s episode, Brandon is blatantly flirting with another girl at his birthday party with whom he confides a wise "Relationships are a lot of responsibility" right before Camilla walks up to get the awkward introduction of a lifetime. But if he really is unsure about juggling his music career and his girlfriend, could that mean he and Madisson are destined to find their way back to each other?

The Siesta Keys Season 1 finale showed Brandon’s last ditch effort to win Madisson back after he cheated on her. He performed a song he wrote for her because he loved her and wanted her back. Afterward he gave her a speech that you had to appreciate, even if you were still mad at him for doing her so dirty. Unfortunately, it was too little too late, because Madisson walked away from him again for what was probably the last time.

Season 2 was filmed some time ago, so the show hasn't quite caught up with real life yet, but judging by Camilla and Brandon’s respective Instagrams, they’re still together. And if that’s the case, then Madisson and Brandon probably won't get back together on Siesta Key this season. For all of the shippers hoping for a reconciliation, that might be bad news. The good news, however, is that if Brandon and Camilla are still going strong, then maybe he learned his lesson from cheating on Madisson.

Brandon posted a Halloween photo in November with Camilla on his lap and on Thanksgiving he posted a photo with Brandon and two of their friends with the caption "Thankful." Camilla has also posted about him on her Instagram stories frequently over the past few months about how much she appreciates him being there for her over the past year and how he will always be her "man crush Monday." Like I said, maybe Brandon has turned over a new leaf and he and Camilla are going to come out of Siesta Key as one of the stronger couples.

Camilla also posted what looked like wedding photos back in November. But, she assured concerned fans in the comments, it was just for a magazine photo shoot. Still, they seem like they’ve gotten pretty serious and could have a solid future ahead despite any drama that goes down the rest of this season on Siesta Key.

On Madisson’s own Instagram, she seems to be living her best life with family, friends, and her Siesta Key family, including Brandon. When she walked away from their relationship at the end of Season 1, she didn't seem to have any regrets and even now, it looks to me like they’re better off apart than together. They might have had some good times and might even still have chemistry together, but it's safe to say that ship has sailed off the Florida coast.