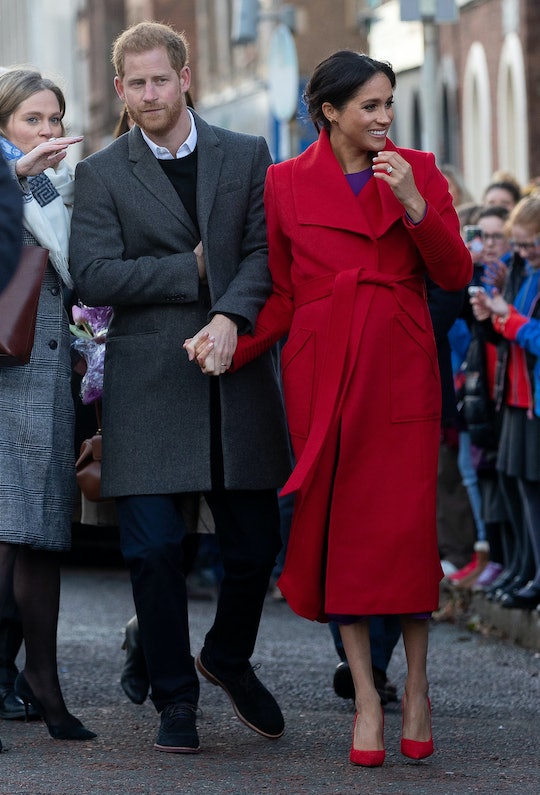 The British royal family has a centuries-old tradition of employing nannies to take care of their children. In fact, I might even go so far as to say that nannies in the British royal family have been around as long as the royals themselves. But that doesn't necessarily mean that every member of the royal family wants to hire a nanny to take care of their children. Take Meghan Markle, for instance. She might be a member of the royal family, but she clearly has her own opinions. So, will Meghan Markle and Prince Harry hire a nanny to help care for their upcoming baby-to-be, or will they go for a different option?

Let's have a look at Meghan Markle's own childhood first here. She was raised by her single mother, Doria Ragland, as well as splitting time with her father Thomas Markle, according to Town & Country. She and her father might have something of a complicated relationship, but Markle has remained extremely close to her mother; she has already been a guest of the newly married couple at their home in Kensington Palace and is expected to be close by when the new prince or princess arrives this spring, according to the Daily Mail.

It's that close relationship with her mother that could potentially see the couple reconsidering whether or not they want to use a nanny.

Royal reporter Katie Nicholls spoke to several palace sources and found that the Duke and Duchess of Sussex reportedly have no plans to hire a nanny as of yet because Markle's mother is expected to be on hand in those first few months, according to Vanity Fair.

"They do not plan to hire a nanny or nurse initially, and will instead rely on the help of Meghan’s mother," Nicholls told Vanity Fair.

Of course, plans could well change after the baby arrives, especially since Ragland reportedly does not have plans to move full time to the United Kingdom and instead is still calling California home for now, according to The Daily Express.

While hiring a nanny might not be part of Markle's upbringing, it was certainly a part of Prince Harry's — both he and Prince William remain close to their beloved childhood nanny, Tiggy Pettifier (Legge-Bourke), according to Hello! Magazine, so much so that he reportedly introduced Markle to her as his then-fiancee last January.

That close relationship with his nanny did not seem in any way to take away from his relationship with his mother Princess Diana. So perhaps the couple will find a happy medium with their little one as time goes on. While the couple seem to be holding off on big decisions about nannies, they appear to be making some headway when it comes to their new home, Frogmore Cottage, according to Harper's Bazaar.

According to Cosmopolitan, Prince Harry loves technology and plans to equip their new home with smart gadgets to control everything. "They are going all out with the refurbishment of the house, and as Harry loves his gadgets, it’s going to be very cool. They’ll be able to control everything from their smart phones," a royal source reportedly told Vanity Fair.

Essentially, it sounds as though Prince Harry and Meghan Markle are planning to carve their own path as parents. And let's face it, guys, it's pretty refreshing.