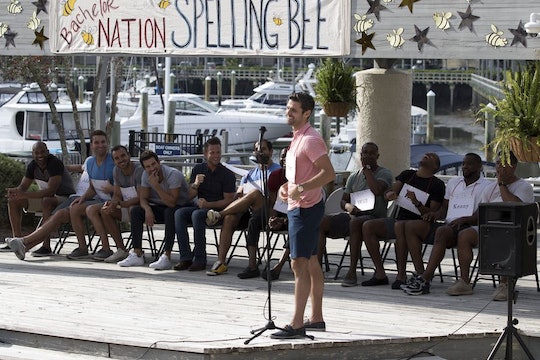 Peter Is Facing Difficult Times On 'The Bachelorette'

The biggest hurdle for Monday's episode of The Bachelorette was getting one one of the three one-on-one dates which basically meant whoever got them was on the right track with Rachel. And included in these three lucky men was Peter, who's had a pretty good journey with her so far. But after Monday night, will Peter leave The Bachelorette?

He said that he didn't want to go into hometown dates with any doubts on his or Rachel's part, so there was the inevitable worry that he might not want to continue on. Much like Dean's worries over Rachel meeting his family and then rejecting him, it looks like Peter's own worries over hometown dates and what that means had him worrying too.

Monday night Peter got his first one-on-one date with Rachel since having the very first one of the season and since the two of them have had very little issues overall, it would seem that their date would be next to perfect. But, as Peter explained to Rachel on their date, while waiting for another one-on-one date with her, there were some "darker days" and that "on those bad days, I wasn't sure if I wanted to stay," but in the end he did stay for Rachel.

And honestly, it would have been abnormal for everything to be perfect between Peter and Rachel all season with zero worries for either of them, because that's only normal in a relationship. There was the possibility that waiting so long to have another date could have had a negative impact for the couple, but they both seemed open to talking about their future together. "The connection I had with Rachel literally picked up where it left off," Peter said, helping Bachelorette fans everywhere to breathe a collective sigh of relief.

Even though Peter didn't drop any official "L-bombs" or claim to be falling in love with Rachel, he did say that he's ready to open himself up to love with her and that "it's definitely on the road to that path." Unfortunately for a couple of the other men, that means no hometown dates and no roses, but the important thing is that Peter didn't leave The Bachelorette and the connection he has with Rachel has been clear right from the start of the season.

Of course just because Peter is now on his way to hometown dates, it doesn't necessarily mean he's final two material, but at least for right now, he's safe. When it comes to the actual hometown dates though, that might change. In the promo for The Bachelorette hometown dates, Peter and Rachel look like they're visiting with his mom, who tells Rachel in private that Peter might not be emotionally ready for marriage, which might be a huge red flag for Rachel, who's already started having some doubts.

But even though he admits to having some walls up that he's not sure will be coming down anytime soon, the promo also shows Peter tell Rachel, "I don't want to give up on you and I'm not gonna give up on you." So there's that.

Unfortunately, what it all boils down to is the pressure and reality shock that come along with meeting families and being faced with the near future, which doesn't include being on The Bachelorette together forever. And if Peter and Rachel can get through this last hurdle, there's not much left until the expected proposal at the end of the season.