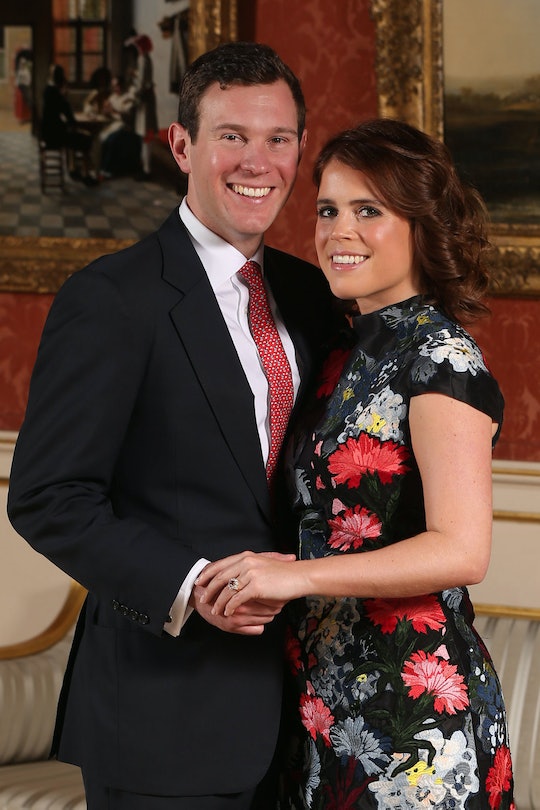 Will Princess Eugenie Change Her Last Name? She Has Lots Of Options

It never occurred to me that I don't know the last names of the royals. It's almost like their first names are their last names; like Prince Harry, Prince William, Queen Elizabeth, and on and on. So when one of them gets married, which seems to be happening a lot these days, one has to wonder what the story will be with their last names. For instance, will the latest royal to be getting hitched, Princess Eugenie, change her last name when she marries fiance Jack Brooksbank? Because it turns out she definitely has a last name that almost never gets used. Or mostly never uses, at any rate, probably on account of the fact that it's a little awkward.

According to Town and Country magazine, Princess Eugenie's full name is Princess Eugenie Victoria Helena of York. Why? Because her father Prince Andrew is the Duke of York (her mother Sarah Ferguson was the Duchess of York before the couple divorced). When Princess Eugenie marries Jack Brooksbank, a man who is not a part of the British monarchy and therefore does not have an official title, will she keep her current last name? She's quite a modern princess, as is her older sister and soon-to-be maid of honor Princess Beatrice. I mean, she even has her own Instagram account which is unheard of with the rest of the royal family.

According to the Daily Mail, Princess Eugenie is expected to fashion herself as Mrs. Brooksbank after the two are married at St. George's Chapel in Windsor Castle on Oct. 12. Sources close to the princess say that she is not a fan of all the pomp and circumstance the royal family usually adheres to, and in fact tries to avoid it. So much so that she is not listed as an official working member of the British monarchy, and her father told the publication that Brooksbank will remain a commoner after marriage.

Of course, she does have the option of keeping her title and simply add Brooksbank's last name to it. As royal historian Carolyn Harris explained to The Daily Express, a sort of precedent has been set in cases where female members of the royal family marry commoners:

It seems as though Princess Eugenie isn't overly worried about her last name as she gets ready to marry her partner of the past eight years.

Probably because she mostly goes by Princess Eugenie, so it's not really a problem.