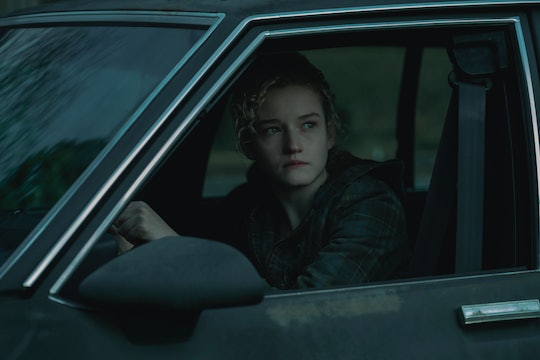 On Season 2 of Ozark, Marty Byrde and his family back are under more pressure to launder money for the Mexican drug cartel, with the fate of their lives hanging in the balance. Ruth Langmore has been eyeing Marty’s money since she first learned of it in Season 1, and even though she’s been a loyal lieutenant for Marty since then, the death of her father might push her to plot revenge. Will Ruth Langmore return in Season 3 of Ozark, and if so, will she try to take Marty down?

Ruth (Julia Garner) has been a central character on Ozark since Season 1, but because there is still no official news on a Season 3 renewal, it’s hard to tell whether or not she will be back. But, if the show does return for a third season, it is likely that her storyline will continue. She’s still part of Marty’s orbit, and if she finds out that Wendy Byrde (Laura Linney) was the one behind her father’s death, Ruth may try to sabotage their plans once again.

At the end of the season, Wendy reveals to Marty that she put the hit out on Ruth’s father, Cade Langmore (Trevor Long), and Marty knows that this is going to be a problem in the future. In the series so far, every event seems to have a domino effect, leading Marty deeper down into this $50 million dollar hole he has dug himself into. Cade Langmore’s death will likely be the catalyst for some dire situation, but its not clear what that will be.

Ruth has had a tumultuous relationship with her father, and while part of her was always trying to be better than him, another part of her was constantly looking for his approval. In an interview with The New York Times, Garner talks about her role this season, and dives into Ruth’s attitudes towards her father and Marty Byrde as a father figure in her life. “She hates the fact that her dad doesn’t respect her and Marty does, even though she really loves that Marty acknowledges her and listens to her,” she said. “She’s in a much more vulnerable place (this season). She’s really struggling and having an identity crisis because of her dad.”

On the show, it felt like Ruth’s dad was holding her back. When she told him of her plans to go straight and buy a house to make a better life for herself in Episode 2, Cade bashes her head into the car dashboard and pressures her back into a life of crime. But now that he is out of the picture, it will be interesting to see what identity she leans towards, and whether or not she decides to stay loyal to Marty or her family’s criminal ways. Of course, if she finds out that Wendy was behind her dad’s murder, that could catapult her into a plot for revenge.

For fans, the show wouldn’t be the same without Ruth, and they have been taking to Twitter to voice their love for the complicated, mean, yet lovable character:

With her character so deeply embedded into the show, it’s pretty likely that Garner will return as Ruth Langmore next year, but there is still no official news from the streamer. Ozark fans are hoping to get an official Season 3 confirmation from Netflix soon, and hopefully also get an idea of the cast for next season. But if you still can’t get enough of Garner, you can catch her alongside Jonah Hill and Emma Stone on Netflix’s new psychological drama, Maniac, which premieres on Sept. 21.