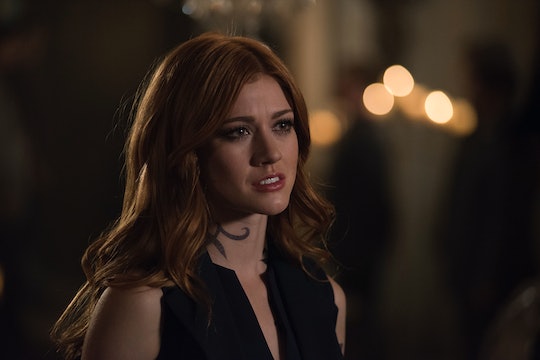 It’s never easy to say goodbye to your favorite TV show, but fans of Shadowhunters have been given the advantage of knowing the end date well ahead of time. Season 3 part two premieres tonight and although there are still 12 episodes left to round out the extended season, it is slated to be its last. Still, fans can't help but wonder if Shadowhunters will have a Season 4, because they can dream, right?

As of right now, there has been no official world on a fourth season and those involved in the show have certainly treated Season 3 as its last, complete with a promised two-hour series finale. That’s hard to handle for fans of any show, but this is especially difficult for some viewers, as Shadowhunters is just getting its footing as a fantasy drama on Freeform.

At the very least, the series has the chance to wrap up all of the storylines appropriately. There are few things more frustrating for a TV fan, though, than finding out your favorite show is cancelled without warning and with no closure. And although the light at the end of the tunnel is that fans will get a proper ending for Shadowhunters, right now, it looks like this is it for the series overall.

Despite winning People’s Choice and Teen Choice Awards over the past few years, Freeform announced in June 2018 that the show would end after Season 3. In a statement obtained by People, the network explained that the decision to cancel the show came from both Freeform and Constantin, a film company associated with the network.

"As big supporters and fans ourselves, Freeform insisted on and championed the filming of a special two-part finale that would give devoted fans a proper ending," the network said in the statement. "The 12 episodes will air in spring of 2019. We want to thank our talented creators, producers, cast, and crew along with our colleagues at Constantin for their hard work and dedication and to Cassie Clare for her incredible book series. We look forward to the final chapter of this breakthrough drama."

The network’s statement didn't specify the exact reason for cancelling Shadowhunters ahead of its Season 3 part two premiere. It could have had something to do with the series’ viewership, however. Over the past two and a half seasons, the numbers have been on a steady decline. The highest viewed episode in Season 2 was the premiere with 1.19 million. As the episodes went on, however, that number reached a season low with just 460,000 viewers in the middle of the season. The Shadowhunters fan base is strong and has been vocal on social media about the show coming to an end, but it wasn’t enough to keep the show afloat.

Unfortunately, there hasn't been word of a last minute renewal or of a streaming platform or other network picking up the series to continue on with the story Clary and her demon hunting Scooby gang. Alberto Rosende, who plays Simon, however, told Meaww in an interview that he isn’t totally ruling out the show returning in some form in the future.

"If it did come back in some way, I would have to see what it was and then make a decision based on that," he said. I guess you could say there’s a chance he’d be down.

The cancellation came as a surprise to the cast and fans alike and when Season 3 part two premieres tonight, we will be in the final stretch of the final season. Since there’s no Hail Mary renewal in sight, the best fans can do is hope for a satisfying final season.