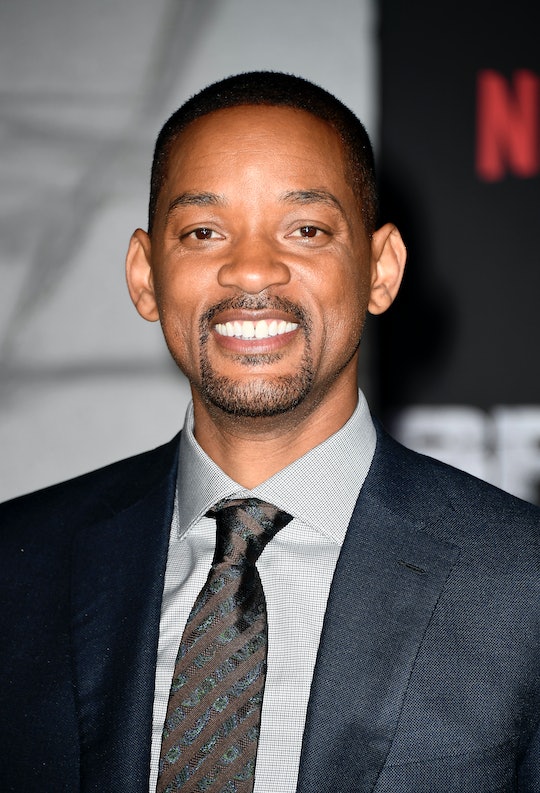 When Will Smith was cast as Genie in the live action Aladdin reboot, it was the best news I could hope for as someone who loved the original animated movie. Along with a live action version comes inevitable hurdles to jump over though, like figuring how similar Genie is going to be to the original one voiced by Robin Williams. So when fans saw Will Smith as the blue Genie in the Aladdin trailer on Grammys night, it was kind of a surprise. He looked like a mix between the cartoon genie and Smith himself and the result was, in a word, interesting.

If the decision was made to keep Smith looking more human than cartoonish, I think fans would have gotten over it. On the flip side, if the movie featured a totally CGI Genie, that might have elicited less of a strong fan response. But Smith is almost a little off-putting as a combination of CGI and a very distinct shade of blue.

Entertainment Weekly previously published a first look at Genie in the Aladdin reboot, but in those photos, he looked more like a real person than a blue CGI human mashup. After fans showed concern that Smith looked very much unlike the original blue Genie, he took to Instagram to assure everyone that he doesn't look like an ordinary guy the entire movie.

"Yes, I’m gonna be BLUE!" He wrote in an attempt to calm down fans. "This is how the Genie is in Human/Disguise Form. My character will be CGI most of the movie." But now, fans are concerned all over again.

If Smith was more human or more CGI, I feel like fans would still have thoughts about the big Genie reveal. But I just don't think anyone was expecting so much blue in the live action reboot.

I'm sure we'll all get used to Smith as the bluer than blue Genie because there're no other option. For right now, however, it's going to be a hard pill to swallow.

Aladdin director Guy Ritchie told Entertainment Weekly that his goal in recreating Genie specifically was to pay homage to the original while also bringing something new to the character with Smith at the helm.

"I wanted a muscular 1970s dad — he was big enough to feel like a force, not so muscular that he looked like he was counting his calories, but formidable enough to look like you knew when he was in the room," Ritchie explained.

Apparently, that means getting this imposing Genie who sometimes looks like a regular man, and other times takes on his blue CGI Genie form.

Ever since the news about a live action Aladdin reboot was announced, fans have been itching to see Smith as Genie. Now that he's been revealed in all of his blue glory, it's a lot to take in. But I still can't think of anyone else who could bring the same kind of silly humor to the role. And until the movie premieres on May 24, you'll have plenty of Aladdin Genie memes to get you used to his half-CGI form.