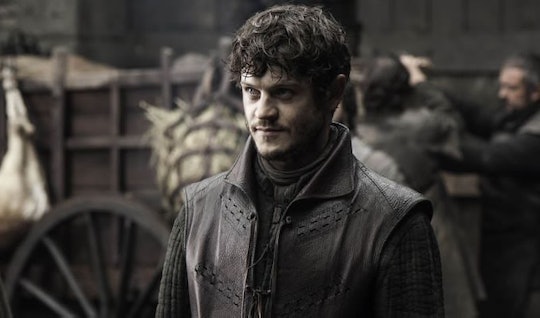 Will The Battle Of The Bastards Happen On 'Game Of Thrones'? It Could Be Ramsay Vs. Jon

When Ramsay Bolton castrated Theon and morphed him into his pet, it was a shocker, but just a hint of who Ramsay really is. Then, we saw him continually flay men alive, taking scary amounts of pleasure in it, and on Episode 2 of Season 6 of Game of Thrones, we saw him take not one, but three lives, including that of his newborn baby brother. Now we're all wondering, will Ramsay kill Jon Snow if the Battle of the Bastards happens on Game of Thrones? Or, will he find an actual match in the born again, former Lord Commander of the Night's Watch who was also born a bastard?

If there is any truth to the Battle of the Bastards, then Ramsay will definitely try to kill Jon Snow because, he's Ramsay Bolton. The guy with zero conscience and a one track mind. Basically, the two main bastards of Westeros, Ramsay Bolton and Jon Snow, will battle it out with their respective armies for control of the North. Never mind that Jon Snow actually has something of a claim to Winterfell. We all know that Ramsay has never been one for making sense.

In the Battle of the Bastards that fans on all sorts of online forums have been getting hype over, Ramsay will have the support of the Umbers and the Karstarks, while Jon will have the support of the Wildlings — or, Freefolk, if you want to be politically correct and pay homage to the tragic love that was Jon and Ygritte. This may very well be the major battle of Season 6 of Game of Thrones and the chance for Ramsay to kill Jon Snow. Will he succeed though? We already lost our favorite Snow once, and even though we had to wait just two episodes for his resurrection of a return, we're all still feeling it, right? Right?

Everything that leads up to the Battle of the Bastards, though, won't have Ramsay sitting still. He's lost his mistress, play thing, and wife, and now that Ramsay killed Roose and Walda, along with the new baby, he's likely to grow bored with the lack of immediate friends and family to torture. The Wall isn't that far from Winterfell, so chances are the bastards will have a chance to battle even before the huge final showdown.