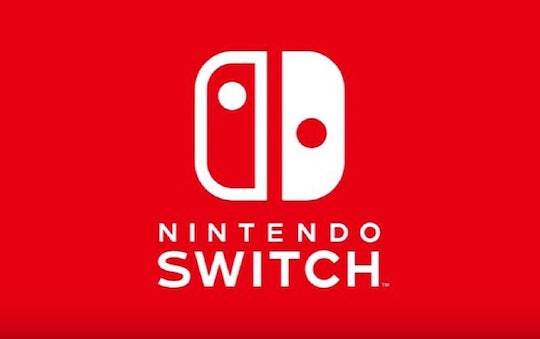 Will The Nintendo Switch Be Available For The Holidays? It's The Gift Everyone Wants

It's safe to say the entire gaming world simultaneously geeked-out the moment the Nintendo Switch became more than just a a rumor. A convertible handheld-to-home gaming system hybrid is within a thumb's reach, the October tease from Nintendo confirmed. But the real question consumers everywhere want answered is will the Nintendo Switch be available for the holidays this year? Bad news shoppers: You're going to have plenty of time to talk to your family over those long weekends, because the Switch won't be available until March 2017, according to Nintendo.

Besides the March release date, Nintendo isn't putting out many specifics about the device, according to Polygon.

"Today’s video incorporated short glimpses of representative gameplay to demonstrate the liberating nature of the Nintendo Switch home gaming system,” Nintendo's press release said that came out alongside this slick, hype video for the Switch. “Full game demonstrations, the list of launch window titles, as well as launch date, price, product configuration and related specifics, will be shown and announced prior to the March launch.”

The video makes life with the Switch look pretty great, assuming you want to spend every second focused on video games... But besides the fact that it's portable, it's hard to know what to expect. Maybe Nintendo isn't even sure. Maybe it's worth holding out through the holiday season to give the company a little more time to tweak the final product.

Adding even more mystery to the launch, is the fact that Nintendo hasn't said how much a Switch might cost. The editors at GameSpot put their heads together and generally agreed it would likely run anywhere from $300 to $350.

"Price is a very important consideration for any console, or piece of technology for that matter," according to Eddie Makuch, GameSpot news editor. "With the PlayStation 4 and Xbox One starting at $300 right now, I would imagine the Nintendo Switch would come in around there. $250 seems too low and $350 is too high, so I'm going with $300."

That number jives with TechRadar's report that credit-rater Macquarie also thinks the device will retail between $300 and $350.

There isn't a way to pre-order the Switch yet, but, as The Mirror pointed out, you can go to Amazon's Nintendo Switch page and sign up for an email alert when new information is available. You can also keep checking back in at Nintendo's Switch page.

All the sparse details on the Switch just a handful of months from launch has many market watchers wondering what gives. Forbes writer Paul Tassi just wrote an editorial taking Nintendo to task for not offering more concrete details about the Switch.

This is not some “eons ahead of time” preview of a system where a ton of stuff might still be subject to change. This is a physical device that should already be completed and ready to be in people’s homes just a few months from now. This was always why I didn’t understand this eternal delay to dole out any information about the NX/Switch, but now that it’s arrived, raising even more questions, once again we settle in to wait for answers that really should have been given by now.

Does that mean that March 2017 date could be in jeopardy? All eager consumers can do it wait and see. But Tassi suspects you won't hear much more from Nintendo about the Switch until 2017.