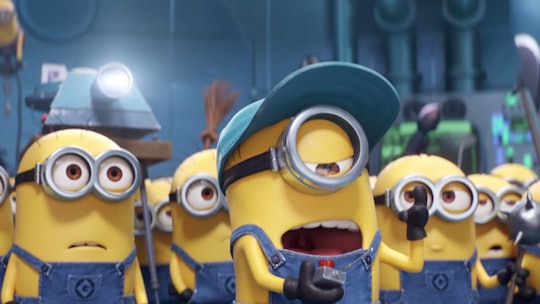 Will There Be A 'Despicable Me 4'?

There's just something about those Minions. Maybe it's their bright yellow color, their nonsensical ramblings, or just their general sense of being extra adorable. Whatever it is, kids (and a bunch of adults) simply cannot get enough of them. Once Despicable Me 3 hits theaters June 30 (starring the aforementioned Minions), kids and their parents will most certainly be ready for the sequel as soon as possible. But will there even be a Despicable Me 4?

After waiting four years for the latest installment of the Despicable Me franchise from Universal, fans were getting pretty desperate to see what was going on with Gru, the three girls (Agnes, Lucy, and Edith) and the Minions since last we met. Yes, there was a Minions spinoff in the interim that did well at the box office, but it simply wasn't the same without the entire gang on board. This time around, fans got to meet Gru's secret twin brother Dru (both of whom were voiced by Steve Carrell). The twins join forces in the third Despicable Me movie to get back a stolen diamond from villain/'80s television star Baltazar Bratt (voiced by South Park's Trey Parker). It all plays out like a brightly colored soap opera for children... and naturally everyone wants more.

While Universal hasn't released any information on whether it plans to release another Despicable Me, history tells us that money talks in the grand scheme of things. And Despicable Me 3 is set to own the box office for the next few weeks at least. As we head toward Independence Day weekend, Despicable Me 3 is projected to come out on top. The movie already amassed $20 million in six territories (it opens in the U.S. on Friday) in its first weekend. And it is expected to bring in $85 million opening weekend in the U.S., according to Deadline.

Considering the dismal showing of late at the box office for any film other than Wonder Woman this season, the studio executives must be breathing a sigh of relief at the early success and positive reviews for Despicable Me 3. But will that mean another sequel? Traditionally speaking, film franchises tend to tap out after they've produced a trilogy (the unending Fast And Furious franchise notwithstanding, of course). Animated films especially tend towards paring down the sequels, particularly since there is usually such a long wait time in between films. Four to five years between movies could mean the market has changed drastically; original fans might have outgrown the film, or a new fad could see a lack of interest.

But the Despicable Me franchise seems to have staying power, and it's not just the Minions. There's a sort of homey silliness to the movies, a sweetness that is compelling regardless of how old the audience might be.

So perhaps a Despicable Me 4 could happen. But I wouldn't bet on it happening for at least a few years.