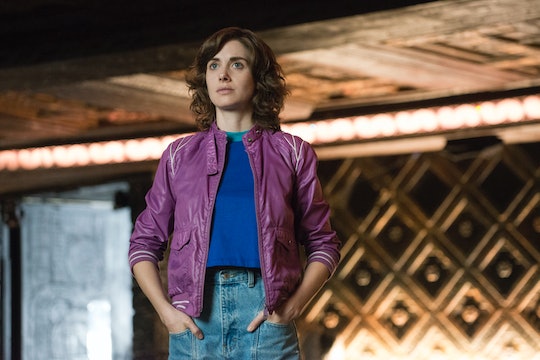 The beauty of Netflix is that any time a new show is released, the first season comes out in its entirety. But the downside is that after watching those dozen or so episodes (or in this case, 10), you're left wanting more and wondering when and if the show will come back. Since this is no doubt the process some are starting to feel with GLOW, eventually viewers are probably going to find themselves asking: will there be a GLOW Season 2?

Since GLOW (Gorgeous Ladies Of Wrestling) was a real TV show in the '80s and ran for four seasons, there's obviously a lot of ways the new Netflix series can progress the storyline, so in that regard, there's no reason to suggest that GLOW Season 2 won't happen one way or another. And since Netflix is pretty well-known for giving their originals a fighting chance and rarely, if ever, canceling after just the freshman season, I'd say GLOW will be more or less safe. Even so, there's been no guarantee just yet.

To be fair, Netflix typically gives their new originals at least a month or so of being available for streaming before they announce an official renewal, much like they did shortly after 13 Reasons Why was released on the streaming service. So will there be a GLOW Season 2? It all depends on the numbers.

In an appearance on CNBC in May, Netflix founder and CEO Reed Hastings talked about the company's strategy for keeping and squashing different shows at different times. And according to Hastings, what it all boils down to is the numbers, including both the viewership and growth of subscribers which Netflix is notorious for keeping under wraps.

"You can tell when we cancel a show," Hastings said in the appearance. "Mostly, it is how many people watch. But those are very connected." And when asked about which shows the CEO saw to be promising for the future, GLOW did come up and this was long before the series premiered on Netflix, so I'd say that's a good sign.

Again, it will likely still depend on viewership and membership numbers, but the names behind GLOW (it's produced by Orange is the New Black creator Jenji Kohan and stars Mad Men's Alison Brie) show how big the series might end up being.

In real life, GLOW was a women's wrestling show that also featured sketches and music and lasted four seasons before it ended in 1990, so it's hard to imagine the Netflix series ending after just one installment. We'll just have to wait and see.