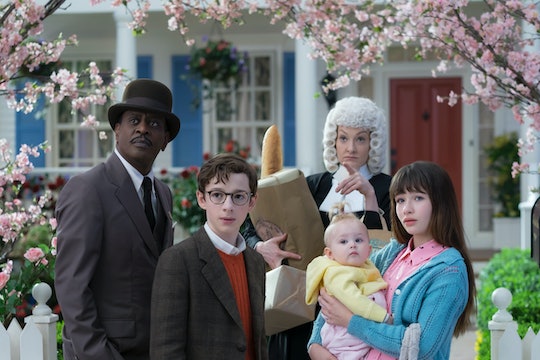 If you're anything like me, you've probably already binge-watched your way through Netflix's new fantastical show, A Series of Unfortunate Events. As the title promised, Season 1 proved to be filled with some very unfortunate moments. (I won't go into detail in case there are a select few of you out there who have yet to start streaming.) But just like with what happens after you're done watching any Netflix show, it doesn't take viewers long to start wondering if there will be come to come. So will there be a Season 2 of A Series of Unfortunate Events? Luckily, there's still plenty of story to tell.

Going into this series, we knew the 8-episode installment would only be covering the first four books of the 13-book series. That means we're not even halfway through telling the complete and unfortunate journey that the Baudelaire children are destined to take. And considering the stellar reviews the show is already receiving, I'd say it won't take long for Netflix to give it the green light and announce its Season 2 pickup. After all, there are a ton of twists and turns that happen throughout the season, so to leave us hanging forever would not only be unfortunate, but just plain cruel. Surely, the writers wouldn't do that to us... right?

So yes, as of now the fate of Netflix's A Series of Unfortunate Events currently hangs in the balance, but I wouldn't start worrying too much about it yet. Normally what happens in these kinds of situations is that the network (or in this case, the streaming service) waits to see how well a show does in the ratings department before announcing anything official about its future. So if all goes well, I'd expect to see word spread of a renewed second season sometime over the course of the next few weeks.

Also, it's important to remember the all-star cast that this series holds, which could very well make for a ratings goldmine. Neil Patrick Harris stars as the villainous and vindictive Count Olaf, who tries time and time again to steal the Baudelaire fortune for his own greedy means. Then there's Patrick Warburton, who stars as the all-knowing narrator, Lemony Snicket. And let's not forget the vast array of unique and unforgettable guest stars that the children end up meeting along the way, including Joan Cusack as Justice Strauss, Aasif Mandvi as Uncle Monty, Alfre Woodard as Aunt Josephine, and Catherine O'Hara as Dr. Georgina Orwell, just to name a few.

With a cast like this, how could they not get a second season? That would be the most unfortunate event to happen of all.