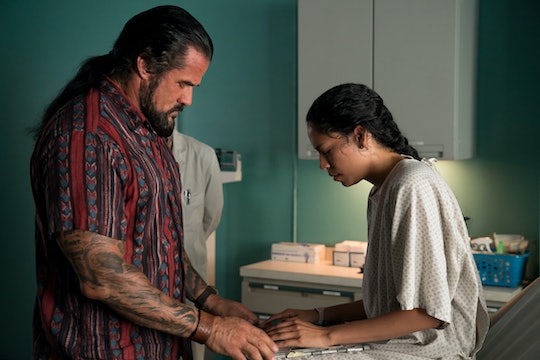 'Chambers' Season 2 Could Focus On Another Mystery

Now that The Haunting of Hill House is over, you might be feeling a horror-sized hole in your life that you have been waiting for Netflix to fill. Luckily, Chambers, which premieres today, could be the show to fill that void. But before you can say “I’ll be right back” in true horror cliché form, you are probably going to be wondering if there will be a Season 2 of Chambers. There is nothing like powering through a mysterious new show until you realize that the sun is coming up and you haven’t left the couch for several hours. Personally, I don't know how to pace myself with TV shows either and as soon as you finish Chambers, you will probably need to know what happens next and if the story will continue with another season.

Right now, Netflix hasn't said if Chambers will be renewed or when a second season would premiere, but it’s safe to say that a lot of money was put into the new Netflix Original. It’s about a heart transplant patient who slowly starts acting like the girl whose heart she was given and remembering the other girl’s life. There is a lot of blood and weird scenes featuring the parents of the girl whose heart was donated, played by Uma Thurman and Tony Goldwyn. With big names like those, you have to assume that Netflix plans to keep the show around for at least another season. For now, however, that is mere speculation and nothing is set in stone.

Netflix Originals are typically given at least two seasons to gain their footing and a following worthy of keeping them on the streaming platform. Stranger Things, for example, was given a quick renewal after the fan reception and 13 Reasons Why has continued to draw in new fans. There are a few Netflix Originals that didn't quite make the cut, like Girlboss, so sometimes Netflix is quick to cut the cord if there is no potential.

But judging by the trailer for Chambers, there is definitely something interesting about the horror and mystery elements in the series. I think if the plan was to make just one season, it would be marketed as a limited series or would have been made into a movie instead of an actual series. So for everyone who has already rushed through the entire first season, there is hope.

Leah Rachel, who created Chambers, spoke to CBS Los Angeles about the series and referred to it as a "dark coming of age" story about teenage identity and something a little deeper than just the horror aspect. "I have to write about what I’m constantly dealing with in my head," Rachel said. "I was raised Jewish, but I never really adhered to any religion, but I’m always kind of searching. The show is really spiritual. Just as much as it is scary, it is also spiritual."

Depending on how Chambers Season 1 ends, the plan could be to bring it back as a horror anthology, much like American Horror Story or the plans for the future of The Haunting of Hill House. If the story concludes and is wrapped up in a neat bow but fans flock to their computers, tablets, and TV screens to watch Chambers, then maybe Season 2 will have a different feel. Either way, I can see the series having a permanent home on Netflix, if only because you can't really go wrong with a supernatural horror series. Right now, Netflix hasn't made an official announcement either way, but there is still time for a renewal.