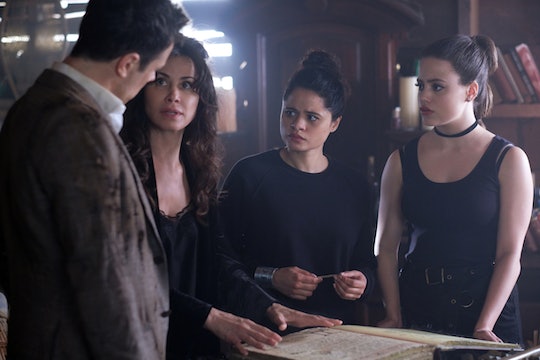 'Charmed' Returns Next Fall With Some Big Changes

When the reboot of Charmed premiered on The CW last fall, fans weren’t sure if it would do the the original story and characters justice. But the show proved to be modern and different, with a diverse cast and updated storyline. Fans are exciting about the new path the show is taking, but now that the season is winding down, many are wondering, will there be a Season 2 of Charmed?

Luckily, the formidable “Power of Three” will return to The CW as part of its 2019 - 2020 lineup. According to Deadline, earlier this year, the network confirmed that Charmed has been renewed for Season 2 and that the show would be moving to a new night (Fridays) next fall. In a TCA press tour in January, CW president Mark Pedowitz said he was excited about all of the network’s returning series and their new six-day schedule.

“This season, we expanded our primetime schedule to six nights with the addition of Sunday — which has been an unqualified success for the network, our affiliates and our advertisers,” he said. “The early renewal of these signature CW series gives us a head start on laying out the 2019-2020 season, and this is just the beginning. These shows provide a strong foundation for our multiplatform programming strategy, and we look forward to building on this with even more returning and new shows as we approach the May upfront.”

But it looks like the series is going to return with a few changes next season. As detailed by The Hollywood Reporter, the writing team of Liz Kruger and Craig Shapiro will be taking over for Season 1 boss Carter Covington. According to the report, sources suggested that the change came as a result of the lack of supernatural storylines for Season 1. Covington’s strength was that he highlighted the family dynamic between the three sisters — Mel, Maggie, and Macy, but as the show goes into Season 2, Kruger and Shapiro will be taking it in a more supernatural direction.

Season 1 brought the magical lives of Maggie, Mel, and Macy to the forefront. Once the sisters accepted their fate as The Charmed Ones and joined forces with their whitelighter advisor, Harry, they successfully battled their fair share of demons, ghosts, vampires, necromancers and managed to save the world as well. But going into Season 2, they’ll be facing much bigger issues. For one, they’ve suffered a great loss with Galvin, and it will take time for Macy to heal after losing her man.

Plus, Macy now has the magic fueling power of the “source” within her, which will probably make her a target for bad guys. And now that the Elders are gone, the magical world is looking to the Charmed Ones for guidance, which means they’ll have a lot more supernatural drama on their hands when the show returns.

The CW hasn’t announced an official premiere date for Season 2 of Charmed, but I’m sure fans will get a better idea by the end of the summer. Hopefully, until then, you’ll be able to catch the entire first season when it hits Netflix in the upcoming weeks.