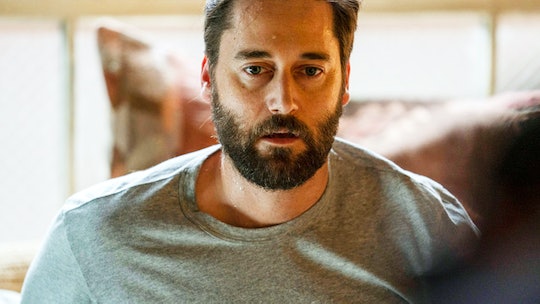 Forget golden hour. There must be something magical about NBC's Tuesday 10 p.m. ET time slot, because shows always seem to soar to new lengths at that time. The network's latest medical drama, New Amsterdam, filled in for This Is Us, and the series instantly became a hit. With ratings skyrocketing and fans on the edge of their seats for each new episode, everybody is wondering if there will be a Season 2 of New Amsterdam. Although many television fans are anxiously waiting for news about their favorite shows, NBC has already decided whether they will cancel or renew New Amsterdam for the Fall 2019 season.

It's safe to say that New Amsterdam Season 2 is happening. In February, Deadline reported that the NBC series was renewed for a second season following strong ratings. Per the publication, New Amsterdam garnered "11.9 million viewers overall in Live+7 Nielsens," which makes the series the second highest-rated new scripted show within the 18-49 demo.

In a joint statement, Co-Presidents of Scripted Programming at NBC Entertainment, Lisa Katz and Tracey Pakosta, shared the good news with viewers.

“We’ve been so excited to see how much audiences have embraced Dr. Max Goodwin and all the characters that make New Amsterdam such an incredibly compelling medical series," the statement read. “Congratulations to David Schulner, Peter Horton, our writers and an amazing cast and crew who have brought these stories to life.”

Following the announcement of New Amsterdam Season 2, Ryan Eggold spoke with TV Insider while filming the final episodes of the first season. During the interview, the actor who plays Dr. Max Goodwin revealed that he's looking forward to making more stories that connect with New Amsterdam's audience.

"Everybody is really enjoying working together and it's a great group of folks," Eggold said. "We're happy that we get to keep doing it and keep developing the show — learning about what's working and also how we can make it better. These stories are really connecting with people."

Eggold also shared a few of his hopes for the second season, including more development for the characters "in terms of who they are, where they came from, how they ended up at New Amsterdam and why they chose to work at a public hospital which means longer hours and less money."

The actor then admitted that he would love to expand on a scene from Season 1 moving forward. "I'd love to revisit the scene were Red hires Tom," Eggold said. "What does Red say, and what does Tom think are the boundaries of the job? What is he taking on?"

Although Tom has been long gone for some time, who knows what Season 2 will bring?

As for what's coming in the New Amsterdam Season 1 finale, Eggold teased that the episode will "put a couple characters together that maybe haven't been, which will be fun."

Meanwhile, Eggold confessed that it's not all fun and games for Bloom and Max.

"Bloom [Janet Montgomery] will have some tough decisions to make, and Max's wife is pregnant, so that will be something we're dealing with," Eggold told TV Insider. "And Max's chemo, of course, will be at the center of the story. He wants to be around and be healthy so he can be a father."

Are you anxious yet? Because I am. Although New Amsterdam has been renewed for a second season, the series could potentially end tragedy — or worse, a cliffhanger.