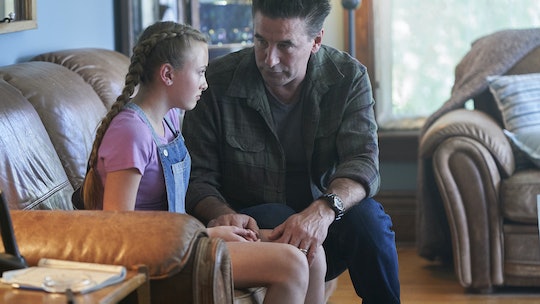 On Mar. 1, Netflix released Northern Rescue, a gripping Canadian family drama that has fans reeling from the very beginning. With 10 easily digestible episodes readily available on the streaming service, fans quickly reached the end of Season 1 and are now searching for news on the renewal or cancellation status of their new favorite series. So will there be a Season 2 of Northern Rescue?

As the series is involved in a partnership between Netflix and CBC, Northern Rescue is being simultaneously streamed on Netflix in the U.S. and CBC Gem in Canada. And while neither streaming service has cancelled or renewed Northern Rescue for Season 2, that doesn't mean that there isn't hope for a second season just yet. Since the drama premiered on Mar. 1, it's still too early to guess if the show is even up for renewal. Northern Rescue has not one, but two streaming companies — and countries — to impress, after all.

The response to Northern Rescue has been mixed. The show hasn't garnered as media attention as other Netflix releases and most critics don't see the Canadian series as anything but your average family-friendly drama — neither good nor bad. However, fans have become obsessed with the West family and their resilience. While the critics claimed that viewers shouldn't give Season 1 a chance, it's the fans who are asking for Season 2.

But, after spending some time with the West family myself, I can see why — when the Season 1 finale rolls to credits, fans are left with a ton questions and a few cliffhangers that are just begging to be resolved if Northern Rescue does get picked up for a second season. Fans are invested in what happens to this family and there's still plenty of story left to be told.

Regardless of what happens to the status of Northern Rescue, one can still dream, right? William Baldwin, who plays John West and is a producer on the show, revealed what he wants to see John find love again and how the kids would react if Northern Rescue moves forward.

In an interview with TV Insider, Balwin explained:

I think it will be a source of drama and conflict, and possibly pain, but also hilarity. I think the kids could have a lot of fun with that, and so could I — with whoever it is I fall in love with. And all the hijinks that go along with me trying to introduce them to my children, or keep it from my children, and them finding out that I went on a date. Was it too soon for him to go on a date?

For now, fans will have to accept that no one knows what the future holds for Northern Rescue just yet. The critic and fan responses have been mixed and it's simply too early to confirm a renewal or cancellation. But, at least fans can seek refuge in Balwin's sights for what's up ahead.

Northern Rescue is now streaming on Netflix and CBC.