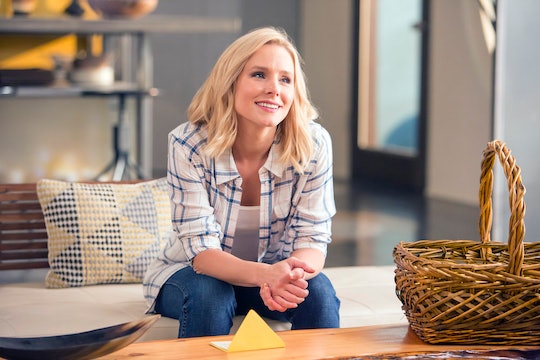 NBC Should Bless 'The Good Place' With A Renewal

Although it might seem like just yesterday that Eleanor was saying "fork you" to everyone and wondering "what the bull shirt" was going on in the afterlife, Season 1 of The Good Place is already about to come to an end. Luckily, viewers will get that in the form of two back-to-back episodes on Thursday night for the double feature finale, but will there be a Season 2 of The Good Place? Creator and executive producer Michael Schur has a general idea of where he wants to take the series, should it get that Season 2 renewal, but there hasn't been an official word just yet. (Update: NBC has now officially renewed The Good Place for a second season that will consist of 13 episodes. Fork yes!)

Having big names like Ted Danson and Kristen Bell lead the cast of The Good Place would mean a less likely second season once upon a time. But these days, TV is kind of where it's at and even if you're making movies, it seems like there is always time to work on TV. Plus, Bell and Danson are TV veterans, who both got their big starts working on different (but highly successful) shows. As recent as 2016, Bell was still working on Showtime's House of Lies, so being part of a TV show while working on movies is obviously something she's capable of doing.

In the 18-49-year-old demographics, The Good Place has remained upwards of 3.5 million viewers per episode. Now, the series premiere had more than 8 million viewers in the same demographic, and though that number has gradually slid down, it's still high in terms of viewership for a new series. In an interview with Collider.com, The Good Place creator Michael Schur said that while he doesn't have Season 2 totally mapped out, he does have a good idea of where the show could go, if The Good Place is renewed for a second installment.

I have some ideas for what could happen in Season 2, and even beyond that. That’s just because a show like this, that is very plot intensive with big cliffhangers, if you don’t keep following through and finding ways to surprise the audience and develop the idea, then people are just going to lose interest.

It is true that The Good Place, as a half-hour comedy on NBC, has succeeded in being unique in its own fun way, setting itself apart from the rest, while still remaining viewer-friendly to all. Plus NBC is the home to former cult comedies like Parks and Recreation (also a Schur series) and The Office, so it seems to know how to keep around the gold nuggets of sitcoms. I have no doubt they will decide to give Eleanor another chance at heavenly bliss.