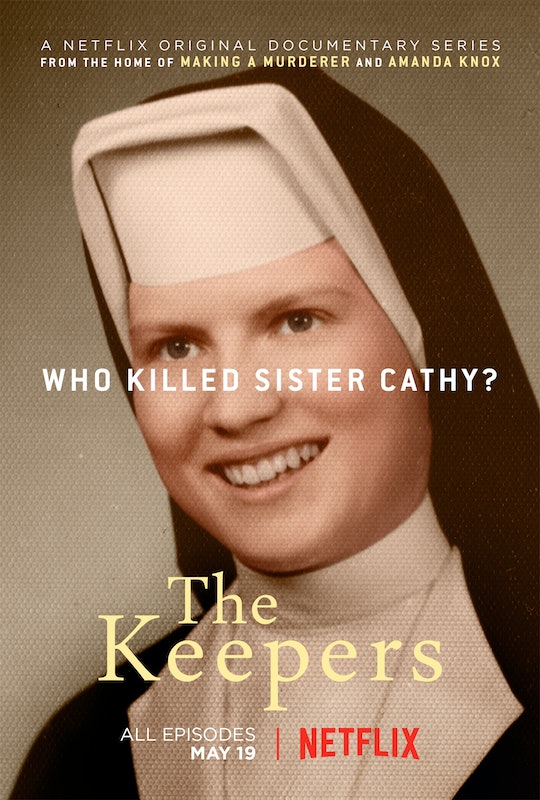 More Of 'The Keepers' Could Be On The Way

Netflix's new series The Keepers began drawing comparisons to the streaming channel's other major true crime hit Making a Murderer as soon as its trailer debuted back in April. The show is about the unsolved 1969 murder of a young Baltimore nun named Sister Catherine Cesnik — but in reality, the story goes far beyond (and beneath) that one long-cold case. Now that the seven-part first season has debuted on Netflix in its entirety, many are already wondering: Will there be a Season 2 of The Keepers?

As of yet, there has been no confirmation either way. Neither Netflix nor director Ryan White has stated definitively that there will be only one season or that the story has the potential to continue on. But there is certainly enough footage in existence already to go beyond the initial seven-episode batch. White told TV Insider that he shot roughly 750 hours of footage. That extensive footage consisted of interviews with Cesnik's friends and relatives, along with journalists, government officials, and Baltimoreans.

Having initially thought that they would make a one-part movie-length documentary — White's other projects The Case Against 8, Serena, Good Ol' Freda, and Pelada all fall into that category — he quickly realized that a show would be the best bet. He was also fond of Netflix's "all at once" distribution. "We thought it would be too emotionally taxing for our subjects to have to watch something once a week over the course of two months and not know what was going on," the director told TV Insider.

But even if the remaining footage isn't used for a second season, it's wholly possible that there will soon be more story to tell. Though Cesnik was killed in 1969, the police recently exhumed the late Father Joseph Maskell's body in connection with their renewed investigation of Cesnik's death and the death of three other young women in the late '60s and '70s that they are now considering might be related. Maskell, who was accused of abusing many young Archbishop Keough High School students while Cesnik was a teacher there, is now officially a person of interest in the crime — nearly 50 years after the murder and 15 after his own death. (He denied initial accusations until his death in 2001.)

Much like the case at the heart of Making a Murderer (which is set to air a second season eventually), the story of who killed Cesnik — and whether her death was part of a larger cover-up by the church and possibly even the Baltimore Police — is still actively unfolding. White told People magazine that he and his team were "very conscious" of how the docu-series ends and confirmed that the goal of The Keepers wasn't to answer the question of who killed Cesnik. That said, White also confirmed that he "finished this project thinking this murder can be solved.” Whether the team behind The Keepers will follow up with a second season if the murder is eventually solved — or if more information comes to light — remains to be seen.